After months of anticipation and way too much hype, the Bitcoin halving event took place yesterday (Monday, May 11).

Simply put, that means the reward earned by the Bitcoin miners for solving one block in the blockchain has shrunk from 12.5 bitcoins to 6.25 bitcoins. 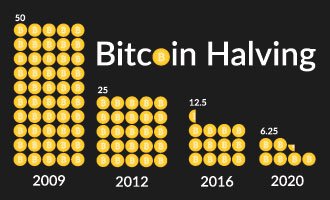 The immediate impact of the latest Bitcoin halving was muted. A headline on crypto news site CoinDesk referred to it as "dull."

Actually, the reaction was predictable. The Bitcoin price fell about 2%, to around $8,600. And the discovery of new blocks slowed as Bitcoin miners took equipment offline. That makes sense because with the halving of the reward, it's no longer profitable to run less efficient mining hardware.

But the lack of immediate drama doesn't mean the Bitcoin halving is no big deal. As with most things Bitcoin, the implications of this event are far more complex and nuanced.

Why the Bitcoin Halving Happened

The halving was not a random event. The reward reductions are built into the Bitcoin code and are not triggered by a date, but by the length of the blockchain. A halving occurs every 210,000 blocks. Monday's halving occurred at block height 630,000.

The idea behind it is to control the supply of new bitcoins entering the system. To seed the network rapidly and to generate interest, the early reward was a comparatively large 50 bitcoins.

But Bitcoin's creator, the mysterious Satoshi Nakamoto, designed a currency system that would not keep generating a steady stream of new coins - a flaw that would dilute the value of all existing coins. The halving events are programmed to continue until the Bitcoin supply reaches its cap of 21 million in the year 2140.

Contrast this with what most of today's central banks do with fiat currencies. As governments print more money to pay for wars, social programs, and bailouts from economic setbacks such the coronavirus recession, inflation eats away at the currency's buying power.

In other words, you can be earning the same amount of money, but it buys less and less.

The mining pool that won the block just prior to the halving embedded a message in it to hammer the point home. It said: "NYTimes 09/Apr/2020 With $2.3T Injection, Fed's Plan Far Exceeds 2008 Rescue."

That was not just a reference to the rampant money-printing of the U.S. Federal Reserve this year. It recalled the message Nakamoto embedded in the very first Bitcoin block, a headline in a UK newspaper: "The Times 03/Jan/2009 Chancellor on brink of second bailout for banks."

Central bank manipulation of money at the expense of ordinary citizens was one of Nakamoto's primary motives for creating Bitcoin. And it explains why halving events are built into the code.

The Bitcoin halving has implications for the price as well - despite the ho-hum reaction from Bitcoin traders this week.

What the Halving Means for the Bitcoin Price