A new theory on why the prices of crypto assets move as they do suggests we're on the verge of another major rally.

It comes from venture capital firm Andreessen Horowitz and says entrepreneurs have played a key role in the cyclical nature of crypto price rallies. 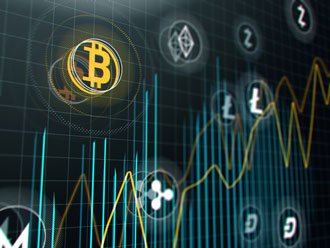 It differs from the usual analyses based on ratios or other mathematical theories to forecast where prices are going.

The report, released just last week, is entitled "The Crypto Price-Innovation Cycle." In it, authors Chris Dixon and Eddy Lazzari propose that each crypto rally has sown the seeds of the next rally by inspiring the creation of projects and startups that mature a few years later - in time to trigger the next big crypto asset rally.

That rally in turn draws in yet another fresh wave of innovators and entrepreneurs, restarting the cycle.

How the Crypto Price-Innovation Cycle Works

The first cycle, the report says, falls between 2009 and 2012. The first significant Bitcoin price spike was in July 2011. That drew the first innovators into the crypto fold.

"Entrepreneurs realized you could create businesses in crypto. This was when many of today's largest exchanges, miners, and wallets were founded," the report says. That gave early adopters ways to obtain and trade Bitcoin - tools that proved essential to the next big rally.

"This cycle brought roughly 10x more developers and startups into the space," the report says. "It was also when important projects were created and funded, most notably Ethereum, which drove a lot of the excitement in the third cycle in 2017."

"This cycle again increased the number of developers and startups in the space by another roughly 10x," Dixon and Lazzari write. "Crypto moved from the fringe to become a bona fide startup sector."

The report says many of the projects started since 2017 "are launching in the near future, possibly driving a fourth crypto cycle."

That implies another crypto asset rally is on the horizon. Let's dig a little deeper...

Digging Deeper into Why Crypto Assets Will Soar

To get the perspective of someone on the front lines of the world of crypto startups, I asked Cory Klippsten, founder and CEO of crypto startup Swan Bitcoin, for his thoughts on the Andreessen Horowitz theory.

"In tech circles, for people who have spent a lot of time in venture capital and in startups, say over the last decade or two, a lot of us were drawn in by the price rallies," Klippsten told Money Morning. "In my case it took the price noise of 2017 and Ethereum and the ICOs to draw in a lot of the people from my circles."

So we can check that box.

But Klippsten is less sure about whether fresh startups have driven subsequent price rallies.

"I don't think it's necessarily causing it. I think it's more of a correlation," he said. "But what certainly is true is that price action draws entrepreneurs and investors to the space, and many of them fall in love with it and stick around."

While the rise of new startups may not completely explain the cycle of crypto rallies, it does appear that they've contributed to them.

Probably the best example is the Ethereum project. It did jump-start the ICO (initial coin offering) craze that helped drive crypto prices to their all-time highs in late 2017 and early 2018.

The next cycle should get a similar boost from startups maturing now.

That's because the last crypto rally spawned a lot of companies focused on investing infrastructure.

Take Klippsten's company, Swan Bitcoin. Founded in 2019, it opened its virtual doors to customers at the end of March. Swan Bitcoin's business is automating Bitcoin investing with recurring purchases, with the dollars needed drawn directly from the customer's bank account.

In short, this startup makes investing in Bitcoin easier for retail investors. But many startups from the last few years have targeted investors with much deeper pockets.

This is the foundation of the next monster crypto rally...

The Building Blocks of the Next Crypto Price Rally