5G is coming, and it's coming fast.

It's almost impossible to open any financial website, newspaper, or magazine without coming across yet another story about 5G. It's being called the fourth industrial revolution and is expected to change our lives in a significant fashion. We will be able to use lightning-fast data to transform the way we do business and the way we live out daily lives. 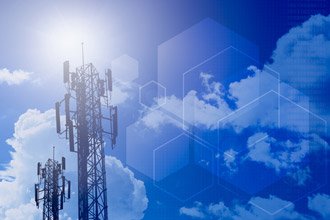 "The pace of technological change in decades past has been fast. The only thing we know for sure is that, in the future, it's going to be even faster."

That sort of excitement has everyone trying to figure out which company will benefit the most. Who will be the big 5G app companies? Which carriers will roll out 5G first and gain an early adopter advantage over competitors?

Whose products will be used to build the networks?

These are tough questions to answer right now. But there is a backdoor 5G play you can make right now.

Just like every other cellular advance over the past three decades, 5G is going to need cell towers. Even better, 5G is going to require heavier equipment mounted on those towers, which will require more rent.

And the best way to get a slice of this is through cell tower REITs. These companies are specifically structured to pass income directly to their shareholders, which gives you reliable income thanks to 5G.

Owning the infrastructure that supports 5G is a much is like owning a toll booth. As the technology explodes in popularity, you'll keep collecting income.

Here are to the best REITs you can buy in the cell tower space right now...

This REIT Has $400 Million More in Buybacks Coming

The company has been growing at an incredible pace, with earnings increasing by more than 50% annually for the past five years. The company recently started paying a dividend and yields 0.6%, but that payout is expected to grow rapidly, especially as the 5G rollout picks up.

SBA Communications has also been very aggressive about buying back stock over the last several years. In the first quarter of 2020, the REIT bought back $200 million worth of stock. They still have more than $400 million left to repurchase under the current buyback plan.

Don't forget, stock buybacks are another way of paying shareholders just for owning the stock, so you can look at this as another form of income.

But our top cell tower REIT offers a yield over 7%. And it's going to be one of the big winners of 5G...