This reminds me of the old Road Runner and Wile E. Coyote Looney Tunes cartoons - remember them? One of the (many) cheesy running gags had Wile chasing Road Runner only to overshoot him at a cliff. Wile would hang there in midair for a second, have a "Maalox moment," and then drop.

I'll get into that briefly, and then I'll tell you how to play the oil patch's precarious "Wile E. Coyote" situation...

It's called the relative strength index (RSI). The RSI is a momentum indicator that analysts have used for more than 40 years to measure the size, or magnitude, of recent changes in a stock's price. As you'll see in a second, the RSI looks like an oscillator - a line graph that moves between an upper boundary at 100 and a lower boundary at 0. 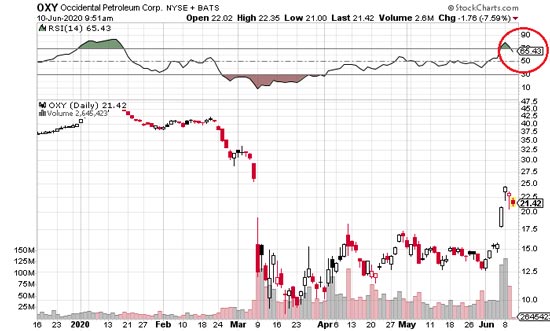 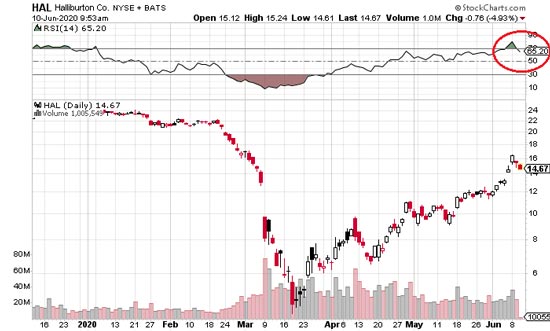 Here's what to do about it before everyone opens their eyes...