By now, you're well aware of how volatile stocks have been this year. No one foresaw a 35% drop in the Dow Jones from Jan. 1 to March 23, or the breakneck rally since then. 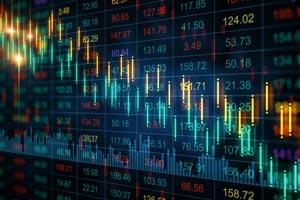 Now, three months out from mid-March, stocks are still climbing. In fact, the Dow is up 41% from its low. When you look at the graph, it looks almost like that "V-shaped recovery" we've all secretly been longing for.

But how do you know it's going to last? Often, appearances are not what they seem. This has been more true than ever in 2020. So how can we speak with certainty about anything after so much has changed?

While much has changed, change itself can be a powerful investing tool. But one thing has changed to improve your chances in the markets as the year has progressed: We know more than we did in January.

Tom Gentile, our options trading specialist at Money Morning, has a great way for you to profit from this kind of volatility. It's about sticking to what you know, however limited your knowledge may be.

Today, we're going to share some things with you about what's ahead for the stock market in 2020 that you can't get just by looking at the charts.

Then we're going to show you how to use this information and harness volatility for maximum profit.

First, let's talk about whether there's anything behind the market's current growth.

DoubleLine CEO Jeffrey Gundlach told CNBC on April 27 that we are "not out of the woods." He said it's likely we could "test lows" again or even "take out the low."

Gundlach was not the only smart money with a pessimistic outlook. The Chief Investment Officer at Guggenheim Investments, Scott Minerd, said the S&P 500 could even hit 1,500. He suggests investors who "moved from fixed income to equities should probably think about rebalancing again."

Then, there are the stock market predictions calling for another Great Depression.

Economist A. Gary Schilling is one of these. He compares the current market rally to one that happened in 1929, after which there was a "30% to 40% drop in stocks." He believes there could be a deep global recession stretching into 2021.

Still, the market swings up.

It's largely thanks to the U.S. Federal Reserve chopping rates and lawmakers passing trillions in bailout and stimulus.

While more pessimistic analysts have said the Fed's activity could backfire, there is plenty of support for the moves. They believe the measures have helped shield the economy from impending catastrophe. A Barron's poll said 90% of America's top money managers approved of the Fed's actions.

Mark Kneeling, Chief Investment Officer at BTR Capital Management, called Jerome Powell a "hero." He said stocks are "unlikely to go back to the March low."

Of course, this doesn't negate the disparity between economic numbers and the market hike. And that is creating a strong divide between bears and bulls going into year-end.

So a polarized battle between bears and bulls means more wild swings in the future. But that does not have to keep you from making money.

Here's a trick from Tom Gentile that could help you make money no matter which prediction turns out correct.

How to Profit from Volatility