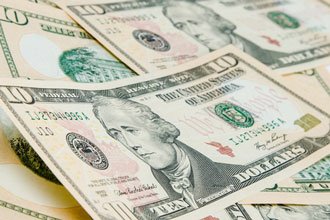 We all love cheap stocks.

In fact, it is a Wall Street catchphrase that everybody loves to throw around.

Rarely does anyone actually define what a cheap stock is when they use the phrase. There are several ways we can use the word cheap.

On price alone, a cheap stock might be one that trades below the penny stock cutoff of $5 a share.

We could also use "cheap stock" to describe a company that is trading at a low valuation measure. This could be the price/earnings (P/E), price to book value (P/B), or price to free cash flow (P/FCF).

It could be a company whose P/E ratio was less than its earnings growth rate. If analysts expect a stock to grow earnings over the next several years by 20% and the current P/E is just 10, then that company could be considered cheap based on a low price/earnings growth (PEG) ratio.

If we can properly define cheap stocks, we can build a universe of opportunities that might result in massive profits. If we can find cheap stocks that recover from whatever forces drove down the price in the first place, there could be enormous profit opportunities. If we can identify small, cheap growth stocks that are not yet recognized by the market, that could also result in life-changing gains...

Let's use all three types of variables to define cheap. We will start with stocks trading between $5 and $10 a share. Stocks trading under $5 are considered penny stocks, and we can address those another day.

Now to keep it simple, we will use the most widely known fundamental variable. We will limit our search to just those stocks trading with a P/E below 10.

We will only include profitable companies where the market is undervaluing future growth prospects. We only want to look at companies with a PEG ratio under 1 in our search for cheap stocks.

And finally, we will only include dividend-paying stocks. No one knows how the coronavirus will impact the markets as the spread accelerates part of the nation. Dividends could help soften the blow.

You'll Recognize This Cheap Stock from Your Office

ACCO Brands Corp. (NYSE: ACCO) is an interesting company. ACCO has faced headwinds from the trend towards a paperless society.

While it is true that the world is increasingly digital, we are far from anywhere close to a paperless society.

ACCO sells school and office supplies, and despite the criticism, that is a business that is a very long way from death's door.

The company has a market cap of $623 million. It is exactly the right size and the right kind of company that is vulnerable to takeover by a private equity fund.

Canada's Top Civil Construction and Mining Contractor Is a Steal

You don't need much of an imagination to realize that COVID-19 has put the brakes on a lot of building activity in the industry.

North American has been around for more than 65 years and has seen difficult operating environments during that time. It survived all those and are likely to survive this one as well.

It helps that North American finalized and delivered three major projects before the worst of the pandemic exploded.

The debt load was reduced as well. The company's 5.50% convertible debentures due March 31, 2024, were redeemed per the original terms.

Management thinks the stock price is cheap. It announced a normal course issuer bid (Canadian for stock buyback) to purchase for cancellation up to 2.3 million common shares. This represented approximately 8.3% of the outstanding shares of the company.

Shares of North American Construction Group traded at twice the current stock price when the pandemic hit, and there is no reason they cannot return to that level quickly when this is all over.

But our top cheap stock is an even better opportunity.

And there's absolutely nothing cheap about its clientele...