Editor’s Note: Mark my words: You’re not likely to read or hear about these 5G opportunities anywhere else. They’re not household names like Apple, Samsung, or Verizon. They’re the tiny pick-and-shovel players that are essential to getting 5G up and running across the country. And if you lock in a ground-floor opportunity now, you could bank a life-changing payout by the end of the year. Watch…

I've recommended Microsoft Corp. (NASDAQ: MSFT) several times over the years, each time with more conviction as its Azure service solidifies its position alongside Amazon.com Inc.'s (NASDAQ: AMZN) Amazon Web Services as one of two "kingpin" players in Cloud computing.

That hasn't changed, and it won't anytime soon.

But today, I'm recommending it for a reason that's much more immediate and tangible in our everyday lives.

See, in as soon as 90 days, "Mr. Softy" will hit markets with an upgrade to its signature Windows operation system (OS).

That move is going to catalyze incredible profits from here – and, yes, that's really saying something, considering…

So, by all means, put Microsoft in the very bedrock of your portfolio. But I'm going to tell you about another holding I think will work with Microsoft to put you over the top.

In other words, own this, and do even better in the long run…

Microsoft's Newest Operating System Is More Than Just a Step Beyond

Since 1985, we've run our computers on Windows, Windows 98, Windows ME, Windows NT, Windows 2000, Windows Vista. There's much more – there have been, all told, around 40 different iterations of Windows for PCs, servers, tablets, and phones.

And those are just the operation systems. There is, of course, Microsoft's venerable Xbox video game consoles and a lot more. You get the idea, though: That kind of saturation helped make Microsoft the $1.5 trillion juggernaut it is today.

And today, I've got Microsoft's upcoming Windows 10x OS on my mind. Not just the launch – which will be big – but the long-lasting upgrade cycle that will inevitably follow on its heels.

The 10x OS is being designed for foldable phones and tablets.

At the moment, foldable phones and tablets are almost like a novelty; every few months, a Samsung, or an LG, or a Motorola will release a folding phone, and market and industry-watchers take note with a bemused "Well, that's cool." And then everyone moves on.

It's a decidedly modest niche at this point because of a lack of devices and committed manufacturers. It's so far been unable to achieve the critical mass and momentum that leads to explosive growth.

Strictly speaking, laptops already fold to open or close. Broadly, there is a screen, a hinge, and a keyboard and mousepad. But "foldable screen" versions operate as they sound – the device screen itself folds, obviating the need for a physical keyboard. There's a much larger viewable area, too.

I think it'll be the foldable screen laptop, as opposed to the foldable handset, that will make the difference in growth.

I'm not alone: Analysts at Market Study Report think foldable computing will be worth $18 billion by 2025.

That said, I'm hedging my timing predictions; COVID-19 has upended formal release dates for tech across the board.

But you can bet it won't be long.

That'll give us time to prepare for the arrival of Microsoft's Surface Neo and Surface Duo, both of which will run – you guessed it – Windows 10x.

Windows 10x will also be installed on hardware from other big manufacturers, like ASUS and Dell Technologies Ltd. (NYSE: DELL)

But I believe that's just scratching the surface of the potential here.

Fact is, at this very moment, software developers are now coding their apps and packages to run on 10x. That's important because Microsoft watchers are expecting 10x to be ported over to standard laptops and PCs.

Consumers could then have a bona fide software "ecosystem" on their hands that could ultimately give Apple Inc. (NASDAQ: AAPL) a run for the money.

After all, just the market for software used by large organizations is worth $452 billion. And those organizations alone will enter into an upgrade cycle that will likely be worth tens of billions more…

This Tiny Firm Could Corner a $33 BILLION 5G Market 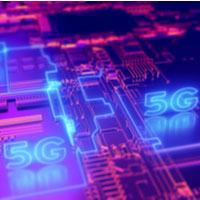 5G is finally about to make its way into the mainstream – and one tiny firm has a critical piece to putting 5G to work across the country. Already, institutions including BlackRock, Wells Fargo, and Morgan Stanley are piling in. And if you get ahead of the curve now, you could cash in double, quadruple, or even up to 10X returns. Take a look…

And so Microsoft is a core, fundamental holding for every portfolio – as it will be for the foreseeable future.

But there's a special way we can boost those gains – a profit "kicker" that will get us exposure to that lucrative upgrade cycle and other big software trends Microsoft will coast on.

Mr. Softy Will Drive These Shares to Greater Heights

I'm talking about taking a position in the SPDR S&P Software & Services ETF (NYSEArca: XSW). This is an all-encompassing exchange traded fund (ETF) that gives us a broad, inexpensive, and low-risk play on some other very intriguing companies.

The fund holds 162 stocks in total. Most of the firms are smaller, lesser known. So, holding them here is a way to capture the upside but limit the risk associated with firms off Wall Street's radar.

BlackLine Inc. (NASDAQ: BL) helps clients move many of their backend accounting functions into a Cloud-based platform. Its tagline says it all: "Modern accounting is unified, automated, and continuous." We're talking things like journal entries, task management, compliance with regulations, and transaction matching. Blackline now boasts more than 230,000 users at 3,000 customers in over 150 countries.

Nuance Communications Inc. (NASDAQ: NUAN) is pioneering a field it calls "conversational artificial intelligence (AI)." It's one of the few publicly traded "pure plays" on AI. Based in the Cloud, the software can understand, analyze, and respond to human speech. The firm counts 10,000 global healthcare companies as clients and is used by 80% of U.S. radiologists.

RingCentral Inc. (NYSE: RNG) provides what is known as Unified Communications as a Service (UCaaS). The appeal of UCaaS is partly about cost-saving. Moving communications hubs to the Cloud allows clients to lower the costs of operating their phone services while at the same time expanding what they are able to do by moving to fully digital platforms.

Cadence Design Systems Inc. (NASDAQ: CDNS) is in fact a great double play for XSW managers (and ourselves) that lets the fund and its investors benefit from the semiconductor boom. That means it touches everything from laptops to smartphones and tablets to consumer electronics. The firm is a leader in providing software and other services that help chipmakers design and test the quality of their products.

XSW is very cost-effective investment vehicle because it covers the entire software sector as the economy reopens from the COVID-19 shutdowns.

So, the timing is perfect for two reasons:

First, we are getting in ahead of Microsoft's 10x OS upgrade and the move to foldable computers.

Second, companies throughout the economy will increasingly adopt more software to take advantage of digital applications that replace paper or legacy systems.

And the performance speaks for itself. Since it hit bottom on March 18, XSW has advanced by 57%.

By contrast, the S&P 500 has gained 36% over the period. That means XSW has beaten the broad market by more than 57%.

I can't think of a better ETF to own alongside Microsoft right now.

And in the meantime, don't forget to check out my presentation on this six-figure payday opportunity…

You see, working from home, telemedicine, and even online grocery shopping are trends that've been here for years without causing any problems… until February.

The 88 most populous cities across the United States are now seeing their Internet speeds tumble by 44% (and this could just be the start). That's why the FCC had to step in – and its $10 billion initiative could translate to a huge payout because of it. Click here to check out our research…

I've recommended Microsoft Corp. (NASDAQ: MSFT) several times over the years, each time with more conviction as its Azure service solidifies its position alongside Amazon.com Inc.'s (NASDAQ: AMZN) Amazon Web Services as one of two "kingpin" players in Cloud computing.

That hasn't changed, and it won't anytime soon.

But today, I'm recommending it for a reason that's much more immediate and tangible in our everyday lives.

See, in as soon as 90 days, "Mr. Softy" will hit markets with an upgrade to its signature Windows operation system (OS).

That move is going to catalyze incredible profits from here - and, yes, that's really saying something, considering...

So, by all means, put Microsoft in the very bedrock of your portfolio. But I'm going to tell you about another holding I think will work with Microsoft to put you over the top.

In other words, own this, and do even better in the long run... END_OF_DOCUMENT_TOKEN_TO_BE_REPLACED