Every time I walk out of my apartment and walk past the mountain of packages left for residents in my building, I'm reminded of Amazon.com Inc. (NASDAQ: AMZN). 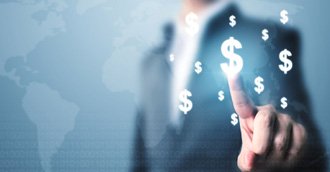 By now, everyone in the United States has heard of it. You see its packages and boxes in the recycling and delivery trucks with the large, unmistakable Amazon logo. It even has its own fleet of planes that you might see at the airport. Not just an e-commerce company, it also has a music service, the top video game streaming service, payments platform, an over-the-top entertainment platform, and one of the largest web services in the United States. This is how you create a trillion-dollar company.

According to Consumer Intelligence Research Partners, it has 112 million members in its Prime loyalty program as of December 2019. That is 34% of the U.S. population, and given that people sign up as families, eMarketer takes it one step further and suggests that 82% of households have a Prime account.

That is one truly amazing statistic.

It is hard to think of any other company that has that kind of dominance in any market that is not run by the government. Even companies like AT&T Inc. (NYSE: T), Verizon Communications Inc. (NYSE: VZ) and Comcast Corp. (NASDAQ: CMCSA) don't hold a candle to that kind of market share.

But that is only the United States.

Amazon doesn't have that kind of market share anywhere else in the world as local competitors dominate their own markets. As I wrote a few weeks ago, MercadoLibre, the Amazon of Latin America, is targeting a region of 600 million people and grew revenue almost 40% year over year in the first quarter of 2020. E-commerce is growing fast across the globe and not just with Amazon.

That is why I want to shift today to Southeast Asia, to a company targeting more than 550 million potential users in a similar fashion to Amazon.

Like Amazon, Sea Ltd. (NYSE: SE) operates an e-commerce business. But it also has a digital wallet platform and one of the fastest growing gaming companies.

This company operates in industries with enormous potential growth, and it is well-positioned in in the seven markets it operates in (Indonesia, Taiwan, Philippines, Malaysia, Thailand, Vietnam, and Singapore). While the company is not yet profitable and could see adverse effects on its stock price because of this, as a longer-term investment, Sea offers massive potential.

So, let's break that down and show you why you should invest in one of the fastest-growing companies in Southeast Asia.

Shopee, Sea' e-commerce platform, has overtaken competitors in gross merchandise volume (GMV) with spend going from $3.5 billion in the first quarter of 2019 to $6.2 billion in the first quarter of 2020. That is 74% growth year over year with significant acceleration in the back half of 2019. This accelerated growth in a market that is not even close to saturation provides significant opportunity. According to a report by Google and Bain & Company, "e-commerce has traced a hyperbolic growth trajectory." It has grown from $5.5 billion in 2015 to $38 billion in 2019 and is on track to exceed $150 billion by 2025. This leaves plenty of room for growth.

But that's just one part of Sea's portfolio.

With the stay at home orders issued and still many continuing across the globe, the video game industry has seen tremendous growth too. That is where the Garena platform comes in, where users can access mobile and PC games. Sea was founded in 2009 as an online gaming company and offers a platform very similar to Steam in the Unites States, where it distributes games from third-party developers. Given the platform's widespread adoption in Southeast Asia, it has exclusive licenses to distribute some of the most popular titles, including League of Legends, FIFA Online 3, and Arena of Valor.

In the last few years, it has expanded its gaming business to become a publisher with its first mobile game, Free Fire, released in 2017. Not only has this helped Sea expand outside of Southeast Asia, but it has helped cut down on one of its largest expenses, paying royalties to third-party developers.

This segment has seen massive growth with greater than 100% year-over-year growth in free fire monthly paying users. This has helped revenue to grow at a record pace in the first quarter. Adjusted revenue grew by 30% year over year to $512.4 million.

Garena is also a leading organizer of e-sports events in Southeast Asia, which helps to strengthen its game ecosystem and increase user engagement.

Given the growth of platforms like Square and Paypal, SeaMoney could see similar growth. In March this year, it joined forces with Google to offer its mobile wallet as a payments option for the Google Play Store in Thailand and continue to focus on scaling the platform across key markets.

Why Sea Is a Stock to Buy Right Now

While Sea is not yet profitable, it is spending money on capturing users in a huge market. It is focused on three megatrends - e-commerce, fintech, and gaming - and it's becoming a top player in all three.

This is not an investment without risk. Outside of not being profitable, it is facing very difficult competition. One of its main competitors, Lazada Group, is backed by Alibaba Group Holding Ltd. (NYSE: BABA) and could lead to a loss of market share - in the future, its mobile games users could drop, or users could shift to another e-commerce platform

With that said, adjusted revenue grew 58% year over year to $913.9 million, and gross profit for the quarter was up 424% during the same time period. While its stock price is near its all-time high of $123 a share, if it continues this growth trajectory, it could be worth significantly more in the next few years.