With the start of July came the latest FinTech IPO, and it's generating lots of buzz. You might be asking whether you should invest in Lemonade Inc. (NASDAQ: LMND) today.

The company issued 11 million shares of common stock at that price for a total of $319 million raised. 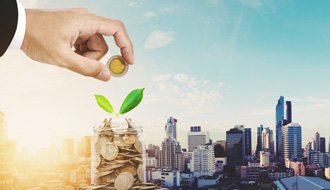 If you missed the IPO, you might be wondering if it's too late to invest in Lemonade.

First, don't feel bad you missed the Lemonade IPO. IPO investing is always tricky. And few of them are as successful as Lemonade from the jump.

Second, we have a startup investing opportunity for you today that's likely even more profitable than investing in IPOs.

We're going to show you this in a minute. First, let's learn about whether Lemonade stock could pop further down the line...

What Is Lemonade Inc.?

Lemonade is a peer-to-peer property and casualty insurance company based in New York City. It handles claims through desktop and mobile apps via chatbots.

Lemonade Inc. separates itself from other insurance companies by its status as a "public benefit corporation." It uses AI to transform insurance from a "necessary evil to a necessary good," according to The Guardian. The company wants to show it's not just about profits by putting any customer cash left after claims and fees toward a charity of their choice.

Lemonade is uniquely transparent about the allocation, compared to larger legacy insurance companies.

Of course, a shift from emphasis on profitability could be a problem for potential investors. But the "public good" angle is also attractive to many.

We are yet to see how that plays out for the company, if the stock's recent doubling holds any water.

It's certainly an innovative spin on insurance. Let's look at the financials and see if this business model is paying off...

To be fair, Lemonade was only founded in April 2015. A company like this typically has plenty of operating costs to navigate starting out. In addition to all the fees, certifications, and other legal hoops required for breaking into the insurance industry, Lemonade still has its work cut out for it. That, in addition to technology costs - servers, IT infrastructure, etc. - could burn a hole in Lemonade's pocket.

The future could still show promise for Lemonade. It is able to support costs and growth with funding from a variety of big firms, including Softbank, which invested $120 million back in 2017 and $300 million in 2019. Other venture firms include Thrive Capital, Tusk Ventures (the Alphabet Inc. (NASDAQ: GOOGL) VC arm), and Sequoia Capital.

Lemonade, being a technology-based insurance firm, competes against large-cap insurance firms like Geico ($25.4 billion) and smaller insurance startups like Slice Labs and Omnidya.

Lemonade's market cap is just $4.3 billion despite shares surging since the company's IPO.

The Lemonade IPO was called "America's most successful IPO of 2020" by Calcalist. If you're reading this, you missed your chance to get in on the ground floor.

But there is some good news here. You now have a chance to nab an opportunity like Lemonade before the IPO.

How to Invest in Startups Before the IPO

The Jumpstart Our Business Startups (JOBS) Act of 2012 has changed how investors everywhere look at IPO investing. In fact, IPO investing is more of an afterthought now.

With the JOBS Act, anyone can be a startup investor. That means investors can now crowdfund their favorite startups, and they don't have to be millionaires.

Imagine holding just a fractional share of Amazon.com Inc. (NASDAQ: AMZN) before it went public. Early investors in Amazon made a 17-million-percent return on their investment.

But that was the 1990s. Today, you don't have to be an institutional investor to get in on a company from the ground floor.

If you had been able to invest in Lemonade prior to its IPO, it would have meant much more than a 176% gain.

The awesome thing here is that there are far more opportunities in private startup investing than there are IPOs. It's just a matter of picking the right horses.

That's where the Angels & Entrepreneurs Network comes in...