The world's biggest social media site hosts around 2.6 billion active monthly users, so it's the ballpark all advertisers want to play in. Together, they paid Facebook almost $70 billion to do just that in 2019.

But those advertisers (or, more to the point, those advertisers' everyday customers) want Facebook to do more to police the content that appears on its site. So this "pause" in ad buying is really a de facto boycott.

Now, however you feel about Facebook's politics, if you're an investor, "boycott" is a scary word.

Advertising is Facebook's bread and butter, and when that all-important revenue stream is threatened, for any reason, all kinds of questions come up about Facebook's near-term value as a buy-and-hold stock. As my colleague, D.R. Barton, Jr., told you last week, though, there's still good reason to bet on FB for the long haul.

And as I'll show you today, the best way to make money on Facebook right now is to trade it.

The smart move is "renting" Facebook for a couple of cents on the dollar; that'll slash our risk and potentially put a cool $1,000 in our pockets toward the end of the summer.

There's only a short time frame for us to set up this trade. Here's how it works...

It's a Case of "Sell the Rumor, Buy the News"

"Buy the rumor, sell the news" is an old adage traders and investors have lived by for decades.

If you've never heard it before, it means that stocks get bid up on every tidbit of non-official news or "informed speculation," then sell off once the news does become official. Usually the triggers for selling are events like positive earnings reports, or successful mergers, or regulatory approval for some hot new product from a group like the FDA or the SEC.

But Facebook right now is experiencing the exact opposite situation - investors have been selling the rumor of the boycott, and buying the news that these advertisers are "temporarily" pulling their ad dollars out of Facebook.

But this could still prove to put a hurting on Facebook' stock - there's no way to tell for sure.

Here's What the Market Thinks - and What I Think

Look at this screenshot of a video I did recently. It's showing you the implied volatility (IV) of Facebook since May. 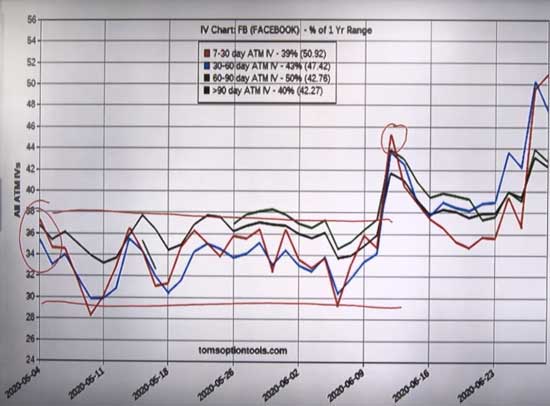 Implied volatility has spiked twice, with the biggest spike coming in the last week. That means options are much more expensive right now than they were just five or six weeks ago.

That points us to a successful strategy for playing Facebook stock right now.

If you look out 30 to 60 days, with IV so high, call options, which give you the right to buy a stock at the strike price, might now make the most sense; they'll be too expensive. 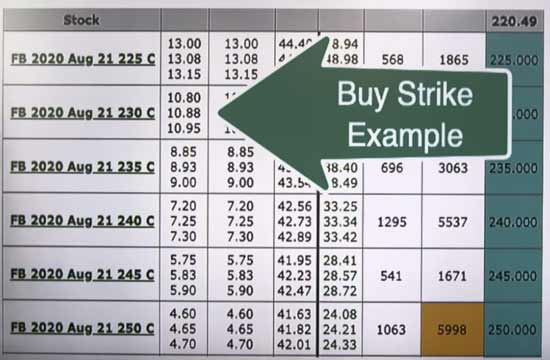 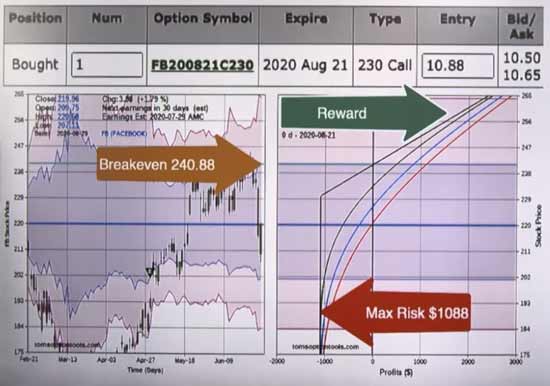 You're risking $1,088 on this trade because you're buying 100 contracts. Your reward is unlimited, theoretically - there's no ceiling on Facebook's shares.

That's a lot of money tied up in what could be a roll of the dice. Facebook's at $239 at the time of writing, but there's no telling if it'll stay there should the boycott gather steam. Not only that, but it's reporting earnings on July 29.

I like a call spread much better for this situation. In this setup, you buy a lower-strike call and sell a higher-strike call with the same expiration.

Look at this screen grab with the spread: 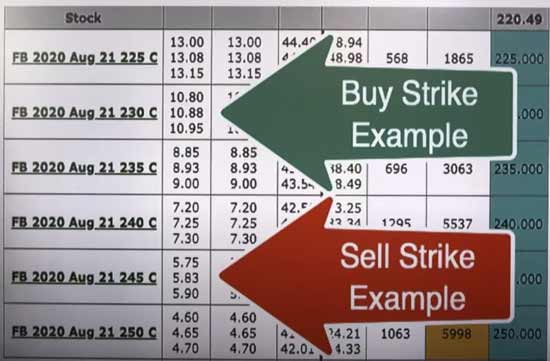 Just look at what this does to your risk, reward, and breakeven. 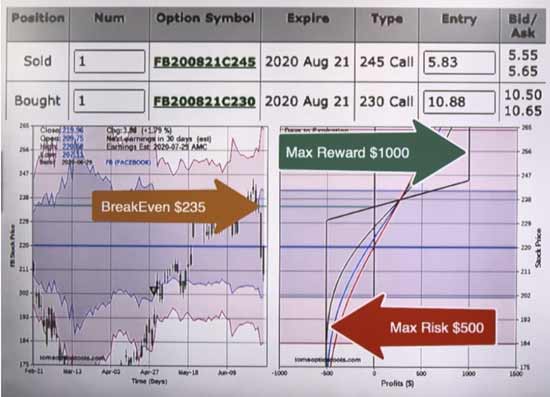 If you believe Facebook has a rocky few weeks ahead, but you're optimistic the company and its advertisers will ultimately come together and work it out, this Facebook call spread is a great, low-cost, low-risk way to cash in on that idea.

And in the meantime, don't forget to check out my latest presentation on how to make potential instant cash...

You see, I'm revealing the details behind my latest stream of instant cash.

It's a unique opportunity that exists in the markets right now... and can set you up for staggering generational wealth to boot. Get the details right here...