After years of anticipation, we're very close to the first genuine crypto IPO in the U.S. stock markets. 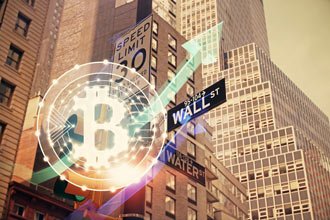 The Coinbase stock offering could happen as early as this year, the report said, but some time in 2021 is more likely.

Most assume the ticker symbol will be COIN, although the folks on StockTwits have been using CBASE.

The company has not yet sought the approval of the U.S. Securities and Exchange Commission (SEC), but is said to be in talks with investment banks and law firms.

This news should come as no surprise to Money Morning readers. I have long considered Coinbase to be the AOL of crypto. I first tagged the firm as a potential crypto IPO as far back as 2014. Three years later, I declared Coinbase the frontrunner in the race to be the first crypto company to go public.

This is the crypto IPO Wall Street has been waiting for…

Why a Coinbase IPO Will Be a Big Deal

While we already have a few publicly traded crypto companies, they tend to be thinly traded penny stocks that got listed via the "back door" method. That's when a company buys another with an existing listing.

A Chinese maker of Bitcoin mining equipment, Canaan Inc. (NASDAQ: CAN), actually did have an IPO on the Nasdaq last November. But few noticed the micro-cap company, and those who did soon soured on it. Investors filed a class-action suit against Canaan in March.

But these smallish IPOs have lacked the muscle required to grab Wall Street's attention.

That's what Coinbase – a large, well-known U.S.-based company – will deliver.

Founded in 2012, when crypto was still in its infancy, Coinbase has raised $547.3 million through nine rounds of venture capital funding. Its current valuation is $8 billion.

And unlike many tech companies that have gone public in recent years, Coinbase is already profitable. According to research firm BQ Intel, Coinbase generated a profit of $163 million in 2019 on revenue of $543 million. The analysts estimated Coinbase made an average profit margin of at least 30% over the past three years.

The big investment banks will all be fighting for a piece of this.

What a Coinbase Stock Offering Means for You

A Coinbase stock offering will open up crypto investing to a much wider group of investors.

Most importantly, it will provide a "non-crypto" means of gaining exposure to cryptocurrency. Many people have avoided buying crypto outright because of its high risk, volatility, and issues with secure custody.

You'll be able to buy Coinbase stock through any ordinary brokerage. And you'll be able to use standard investing tools to value the company – another reason many have avoided cryptocurrencies.

A Bitcoin exchange-traded fund (ETF) would have filled this role better, but the SEC has failed to approve one. A Coinbase IPO would be the next best thing.

A Coinbase IPO also will trigger a wave of crypto companies going public. That's what happened in 2011, when LinkedIn was the first of several splashy social media IPOs. (By the way, LinkedIn's valuation was one-fifth of Coinbase's – $1.6 billion – just prior to filing for its IPO.)

Speaking at the World Economic Forum in January, Ripple CEO Brad Garlinghouse not only predicted such a wave – he suggested his company would be part of it.

Bitcoin Master Class: Bitcoin's launching into a critical stage that could create billions in new wealth, and our Master Class offers access to everything you need to know to cash in. Watch now…

Another notable crypto firm known to be considering a U.S. IPO is crypto lender BlockFi.

After that it's speculation. But top candidates include:

Finally, a Coinbase stock offering will draw more attention to crypto in general. That should give crypto prices a boost, led by Bitcoin.

All that is good news. But a Coinbase IPO, because it's a crypto company, is also likely to have a few quirks.

Why a Crypto IPO Is a Conflicted IPO

While we're seeing more links between crypto companies and traditional finance, the crypto community has no love for Wall Street.

Remember, Satoshi Nakamoto created Bitcoin in 2009 in reaction to the 2008 financial crisis. It was meant to be a decentralized alternative to the powerful big banks and inflationary fiat currencies.

So we may see Coinbase try to avoid a straight-up IPO to stay true to its crypto roots.

Coinbase co-founder Fred Ehrsam said in May that the firm is "spiritually" more suited to use a blockchain-based token offering (like a security token offering) as a path to go public.

But the SEC would need to approve an STO, even if Coinbase tried to do a hybrid IPO/STO. Still, it's a possible wrinkle.

In a direct listing, the angel investors sell shares directly to the public. This bypasses the Wall Street banks, which would please crypto enthusiasts.

But no matter how Coinbase chooses to go public, those early investors will make a killing.

No matter how well Coinbase stock does when it goes public, new investors are not likely to see gains like that for a very long time – if ever.

For decades, ordinary investors had no "early access" to companies like Coinbase. But thanks to the Jumpstart Our Business Startups (JOBS) Act of 2012, they do now.

You can be right there – and be one of the first to invest in the next Steve Jobs, the next Elon Musk, or even the next Coinbase. And because you're there at the beginning, the upside is infinitely greater. For so long, regular folks have been locked out… but not anymore.