Traders are scrambling to play the latest news from the Fed and on the CARES Act winding its way through Congress. But rather than look for another rally to ride or to hedge on a dip lower, we've got an even better strategy. 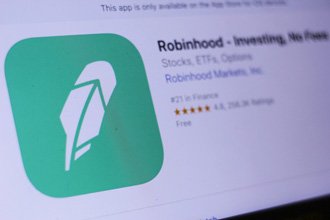 And this trend is turning it into the best options trade on Robinhood right now.

As we've been telling you here at Money Morning, with the Fed keeping interest rates low and buying all kinds of assets, the market will be flooded with liquidity. "Liquidity" is just a fancy way of saying there's plenty of money available, and it's not tied up in other assets or hoarded in savings accounts. Usually, liquidity flows from the Fed like water from a garden hose. Right now, it is gushing like a river from a burst dam.

We've already seen stocks run higher since the trillions of dollars have entered the economy, but it's also starting a related trend. If you've seen what gold and silver prices have been doing lately, you'll know that the reaction has started. In fact, gold prices just hit their all-time high.

And the reason why is simple. Investors know this huge injection of cash into the economy comes with a cost, and that's the value of the U.S. dollar and future stability of the American economy.

If you are looking to trade options on a big theme, here it is.

All that money sloshing around has two related effects. First, the supply of money rises, and that tends to lead to a devaluation of a currency. This has been a potential problem for years since the Financial Crisis of 2008, but since all governments worldwide were printing with abandon, there was no relative disadvantage to the U.S. dollar.

But this year, the dollar is falling and falling hard. It has already plunged to a two-year low, down 9.0% since March 20. In the world of currencies, that is huge. And since metals, and most commodities, are priced in U.S. dollars, a plunging dollar will cause metals prices to skyrocket.

Second, even though inflation is still non-existent, gold and silver prices tend to rally in anticipation of it. The Fed has already injected nearly $4 trillion into the economy this year alone. Eventually all that cash will push inflation higher. We're likely already seeing some of that in stock prices, which have surged this year despite a devastated economy.

It's no wonder that investors are starting to notice. And Money Morning Quantitative Specialist Chris Johnson thinks there is plenty more ahead for these markets.

After all, the Fed just announced it would continue to do all in its power (read: print money) to support the economy, and the latest stimulus bill from Congress could inject another $1 trillion into the economy.

But there are more ways to profit than simply buying gold or silver. As our readers know, we like to find these big trends and then supercharge our trading with basic options strategies. These are trades anyone can make on free platforms like Robinhood or WeBull. We keep it simple to show you just how powerful options trading can be.

Today, we'll show you how to turn all this liquidity into profits with our latest Robinhood options trade...

This Is the Best Robinhood Options Trade Today