A Qualtrics IPO has been one of the more talked-about offerings coming on the horizon lately. Once the Qualtrics stock symbol surfaces, there could be a rush on the stock.

But should you invest in Qualtrics?

Qualtrics was acquired by German software company SAP in dramatic fashion. It was four days ahead of an initially planned IPO in November 2018. 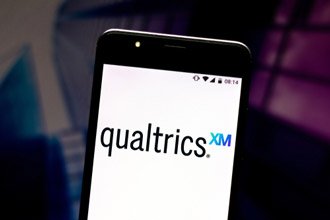 Now, SAP has decided to spin-off Qualtrics into its own company through an IPO. Today, we're going to talk about whether you should invest in Qualtrics stock when this happens.

We might even have a better way to go about this...

First, let's start with what Qualtrics does and why it's important.

Qualtrics was founded in Utah in 2002. It calls itself a "customer experience management" company.

The company delivers a system for gathering customer feedback and orchestrating employee response based on that.

It's a platform that connects customers, employees, brand, and product experiences into one. It provides executives with a 10,000-foot view of these areas of the enterprise.

Qualtrics is part of a broader cloud computing industry poised to see 212% growth over the next five years. According to Markets and Markets, the industry was worth $266 billion in 2019 but is projected to hit $832 billion by 2025.

The question investors are asking, however, is whether Qualtrics will be a competitive force in that industry.

It's too soon to tell, but with how broad the cloud market is, there are plenty of potential niches for cloud computing stocks to seize on.

Let's get into whether you should invest in the Qualtrics IPO or not when it arrives.

When Is the Qualtrics IPO?

There is still no date set for the Qualtrics IPO, as it was just announced July 26.

The company has yet to file with the U.S. Securities and Exchange Commission and establish what the offering will be or how much shares will go for.

Of course, that couldn't measure up to the $8 billion SAP paid to acquire it. So that was canceled.

SAP celebrated the acquisition, saying Qualtrics helped its cloud grow over 40% in 2019. The question is then, why the reversal toward going public all the sudden?

Some analysts speculate the SAP acquisition could be a move to make some money back after realizing Qualtrics was a raw deal.

It's still important to consider that this could change on a dime. The cloud computing industry is growing rapidly.

Qualtrics' annualized revenue has already grown to around $800 million.

Bessemer Cloud Index also says "cloud companies with growth rates of 35.5% and gross margins of 71.3% are worth 17.3x in enterprise value compared to their annual revenue."

According to TechCrunch, Qualtrics is close to those metrics. It could hit that 17.3x valuation when it goes public, putting it at $13.8 million.

That would be great for SAP, as the company would profit on the $8 billion initially invested.

The remaining question, then, is would investing in Qualtrics stock be good for you?

Should I Invest in Qualtrics IPO?

Only time will tell whether the Qualtrics IPO is a good investment in the long run. Some say it's promising, some say it's a flop.

That is one of the main reasons IPO investing could be best avoided altogether. The IPO price is almost always driven by hype.

You don't know what a stock really looks like until you peer past the layers of hype and look at the financials.

Before you get all excited about investing in Qualtrics, there might be a better opportunity out there for you to consider...

Pre-IPO investing is now more accessible than it's ever been. Thanks to the Jumpstart Our Business Startups (JOBS) Act of 2012, you don't need millions to become a startup investor.

And the great thing about this is that startup investors don't have to deal with an artificial swell of hype when considering an investment. They simply look at the company on the merit of its products or potential.

Groups like the Angels and Entrepreneur Network can help early-stage investors get a firm footing in the startup world. It's a bit different from investing in the public market... but it's much easier than it used to be.

Here's how you can get started.