An Apple stock split is just weeks away, and investors no doubt are wondering how it will affect them. 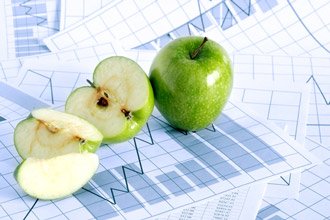 The news, along with better-than-expected earnings, pushed AAPL shares up about 15% over the following two trading sessions.

But with stock splits now increasingly rare, it's a good idea to brush up on how these events work and what to expect.

Today we're going to answer all of your questions.

What is the Apple stock split date?

What's going to happen? Do I need to contact my broker?

You do not need to contact your broker. The additional shares will be deposited into your account automatically. The changes will appear on your next monthly statement. Apple has provided more detailed information here.

What happens to AAPL shares bought or sold in the days between the record date and the ex date?

First, it's important to point out that no one will lose any money. Also, there's nothing to be gained by buying during this period. On its website, Apple has provided a precise explanation of how this will work:

If you sell shares on or after the Record Date (August 24, 2020) but before the Ex Date (August 31, 2020) you will be selling them at the pre-split price. At the time of the sale, you will surrender your pre-split shares and will no longer be entitled to the split shares. Following the split, the new owner of the shares will be entitled to the additional shares resulting from the stock split.

How will the split affect Apple's dividend?

Apple declared a dividend last week of $0.82 per share. After the stock split, the dividend amount also will be divided by four. That would make the next dividend about $0.21 per share. Investors should receive close to the same amount of money - and maybe a bit more if Apple rounds up for the next dividend distribution.

Will the split have any tax consequences for Apple shareholders?

No, the IRS does not view a stock split as a taxable event.

What will happen to the Apple stock price after the split?

Stock splits once were considered bullish for share prices. Now most market experts see little or no long-term impact. In Apple's case, the split may be viewed as a vote of confidence by management in future stock gains.

Why is Apple doing a stock split now?

Here's the reason given on the company website: "We want Apple stock to be more accessible to a broader base of investors." While many on Wall Street once felt that way, retail investors can now buy fractional shares. Apple may be thinking of its share price as more of a psychological barrier. The split-adjusted price will look more "affordable."

Will the Apple stock split have any impact on the stock market?

Oddly enough, the Apple stock split will have more of an effect on the Dow Jones Industrial Average than on shareholders. That's because Apple is a Dow component - and the Dow is a price-weighted average. Dow stocks with higher prices influence the average more than those with lower prices. With a much lower price after the split, AAPL will have much less of an impact on the Dow.

In fact, becoming Dow-eligible was one big reason Apple did its 7-to-1 split in June 2014. That split knocked the price from a too-rich-for-the-Dow $656 down to just under $94. AAPL joined the Dow a little over nine months later. This is why such high-priced stocks as Amazon.com Inc. (NASDAQ: AMZN) and Alphabet Inc. (NASDAQ: GOOGL) aren't in the Dow, even though they should be.

Aren't stock splits rare nowadays? Why is that?

Few companies care about making their share price appear "affordable" to small investors anymore. Many tech CEOs see a high share price as a status symbol - a badge of success. Another reason is the hangover from the stock market crashes of 2000 and 2008. No one wants to be the unlucky company that reduces its share price ahead of a market meltdown - and then watches that price sink into single digits.

How many times has Apple stock split?

This month's event will be the fifth split in Apple stock history. The previous ones include:

What would the Apple stock price be today if it had never split?

The combined effect of the four previous splits means that a single share of Apple stock in 1986 has now grown to 56 shares of Apple stock. If you multiply the current AAPL price of about $440 by 56, you get $24,640. A stock price that high would be second only to Berkshire Hathaway's A shares (NYSE: BRK.A), which trade at about $300,000.

Should I buy Apple stock after the split?

Despite its stunning gains over the years, AAPL still has abundant growth prospects. While the iPhone business is leveling off, its services and wearable segments have been doing very well. And the services business has operating margins twice that of Apple's physical products. The company is just starting to branch out into healthcare, which could add as much as $300 billion in annual sales.

All that said, now isn't the best time to buy Apple stock. It's been on a tear and is up nearly 50% on the year. Investors should wait for a pullback before pouncing.

Buy Apple stock before or after the split??

Thanks for reading Money Morning!. To be eligible for the Apple stock split, you need to own AAPL shares as of Aug. 24. Unfortunately, you cannot get Apple shares if you do not own any Apple stock.

Can i wake up on Aug. 24th, buy a few shares and still be eligible for the split?

Thanks for reading Money Morning. You can indeed buy AAPL shares on Aug.24 and be eligible for the split. Any AAPL shares bough during the trading session Aug. 24 will be eligible. However, although you will gain more shares, their total value won't change. Each share will be worth 1/4 as much, even though you will have four times as many.

Candee,
You do not need to be an existing Apple shareholder to take advantage of the 4 for 1 split. You can be brand spanking new to the stock market. You just have to make sure you purchase a share(s) before the close of August 24th.

If the cutoff date is Aug 24th to take advantage of the split, and apple starts trading at their “split price “ on Aug 31st, what happens to the stock purchased between these dates?

what will happen to people who buy shares on the 25-28. will they essentially buy shares for around $500 and lose money?

To BOJO and David:

Thanks for reading Money Morning. You'e both asking essentially the same question, and it's a very good one. I should have included it in the article. AAPL stock will continue to be bought and sold in the period between the record date and the ex date. No one will lose any money. Apple has provided a succinct answer to this question on its website, which I will reproduce here:

If you sell shares on or after the Record Date (August 24, 2020) but before the Ex Date (August 31, 2020) you will be selling them at the pre-split price. At the time of the sale, you will surrender your pre-split shares and will no longer be entitled to the split shares. Following the split, the new owner of the shares will be entitled to the additional shares resulting from the stock split.

I have now added this question and answer to the story itself.