Lordstown Motors just became one of the best electric vehicle stocks to buy. And it all has to do with a little thing called special purpose acquisition companies (SPAC).

Special purpose acquisition companies (SPACs) have become popular this year. Otherwise known as "blank check" companies, they are formed solely for the purpose of buying an existing company using funds from an IPO.

Market uncertainty during COVID has resulted in a weak year for IPOs. So these companies have been seen as a profitable alternative.

Today, we're going to discuss what may or may not be one of the most interesting SPACs to come out of it. 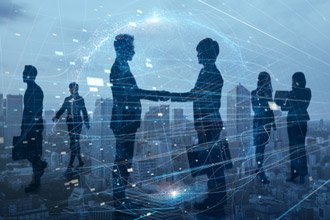 We wrote about Bill Ackman's Pershing Square Tontine Holdings IPO back in June. That company is targeting "mature unicorn" startups. But the SPAC we're covering today is a bit more "niche."

This put other EV stocks on the map as well.

NIO Inc. (NYSE: NIO) also popped as high as 251% from the beginning to the middle of June.

Now, another electric vehicle SPAC is taking the spotlight...

The Best SPAC to Buy Now

DiamondPeak Holdings (NASDAQ: DPHC) popped 100% from Friday to Tuesday, after announcing it would purchase Lordstown Motors.

The newly merged company will trade under the ticker RIDE. This is interesting for a number of reasons.

First, it was a surprise that DiamondPeak entered the electric vehicle market. This company first became a SPAC with its March 2019 $250 million IPO, meaning to go into real estate.

However, with the recent pop in electric vehicle stocks this summer, it looks like DiamondPeak reconsidered that position.

Here are some things to consider before buying RIDE...

Should Invest in Lordstown Motors?

The merger between DiamondPeak and Lordstown Motors is expected to generate $675 million for Lordstown to produce its hallmark electric pickup truck, the Lordstown Endurance.

The Endurance already has 27,000 preorders for the pickup since its unveiling in June. The company expects $1.4 billion in revenue from the truck.

The deal with DiamondPeak is not the first savvy move by this carmaker.

Lordstown also currently has the right to build and sell a truck developed by Workhorse at its plant in Ohio. Workhorse also owns 10% of Lordstown and received a pop from the DiamondPeak merger.

This company also made a deal last year to purchase 6.2 million square feet of a General Motors Co. (NYSE: GM) assembly plant. This would help speed up production.

Some analysts say the Lordstown Market cap could hit $1.6 billion, including $75 million in investments from General Motors. Investors such as Fidelity Management have also committed to funding the company.

Shares of Diamondpeak are supposed to transition under the Lordstown name by the fourth quarter of 2020. Investors who are bullish on electric vehicle stocks may want to consider buying shares.

Normally, when you invest in a SPAC, you want to get in early, usually during the IPO. It's a matter of whether you like the specific SPAC's approach to investing.

That's typically the greatest chance at a payoff with SPACs. But since the electric vehicle market is so promising down the road and Lordstown is such a viable competitor, this SPAC might have some legs to it.

In this case, all you need to do is pick up shares of DiamondPeak for $12.46 and wait for the shares to transition.