The Dow Jones now is on the rise after U.S. President Donald Trump announced the United States would purchase 100 million doses of a COVID-19 vaccine from Moderna Inc. (NASDAQ: MRNA). More on this below.

Investors are paying close attention to Wall Street's reaction to Democratic Presidential Nominee Joe Biden's decision to select Sen. Kamala Harris (D-CA) as his VP candidate on the party ticket. Read on for everything moving the Dow today. 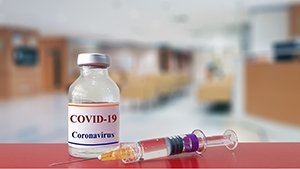 Working from home, telemedicine, and even online grocery shopping are trends that have been here for years without causing any problems... until February.

That's why the FCC had to step in - and its $10 billion initiative could translate to a huge payout because of it.