I hope you've had a great summer - as much as possible with everything that's going on. 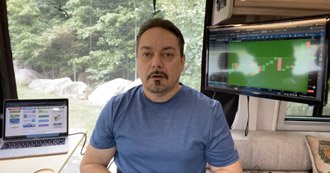 Since I'm spending so much time in the Winnebago, I thought...

"Hey - might as well do some trading in here while I'm at it."

With all that said, let's dive into my summer-end market forecast that looks at all four "corners" of this market and shows you how to play 'em. Here's what you need to know... 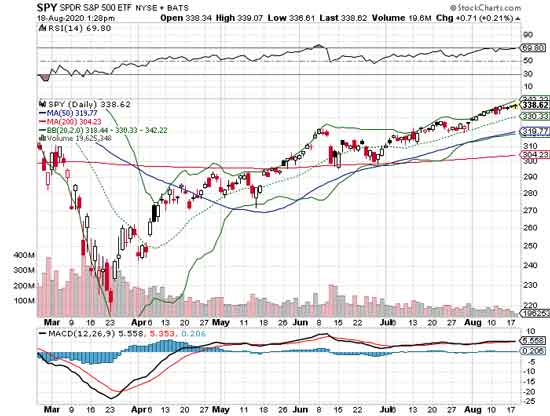 The bond market, as tracked by the iShares 20+ Year Treasury Bond ETF (NASDAQ: TLT), has been chugging along since July, but with nowhere near the strength of the stock market - that's no surprise. It recently hit a roadblock at $172. That's an older resistance level, too, that we saw back in late April. TLT never really managed to spend much time above that.

Today, it's at $173, but there's no telling if it'll stay there. I wouldn't worry much about this; it's kind of a necessary pullback as people rotate out of low-yield bonds and into the much hotter stock market. TLT is ripe for a special, low-risk play I've got in mind - one where the shares don't have to move very far at all. More on that in a minute. 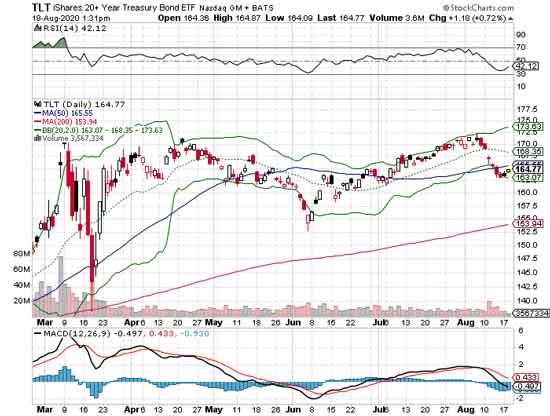 No surprises there - with the Fed printing money in overdrive and the market floating on stimulus, the trend has been decidedly bearish, but that's not necessarily a bad thing; a weaker dollar is good for exports, for one, but it's also good if you're trading stocks or commodities or buying gold (which you should be). 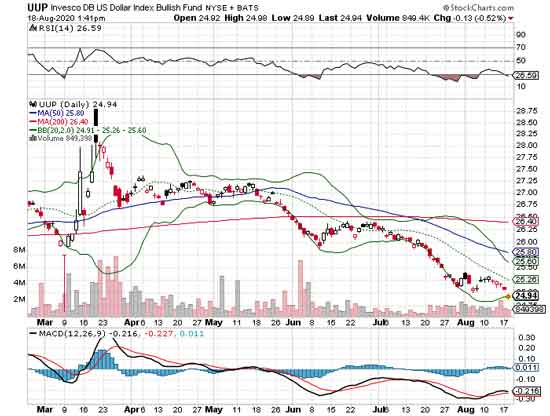 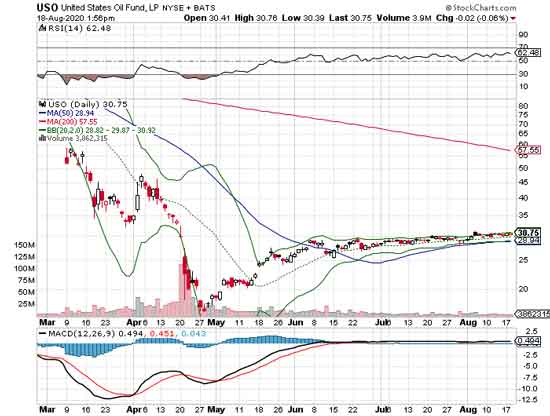 What's more, we're deep into "no news" August, where no news is good news for the Street - much of which is on vacation.