New York City is experiencing a modern-day exodus. For me, I feel like I'm watching an ancient city like Ephesus collapse.

It does not look good for big-city real estate markets. Today, I've uncovered some REITs you should avoid like... well... the pandemic.

First, it's important you understand just how grim the situation is.

A taxpayer flight has taken place in Baltimore over the last 40 years. New York has seen a similar flight in just four months due to COVID-19. 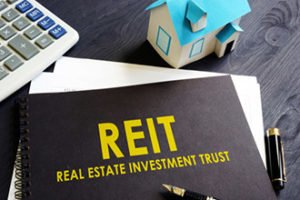 But Manhattan residents have not only had to deal with pandemic lockdowns.

A wave of social unrest has followed. Moves to cut back police funding have led to higher crime rates across the five boroughs.

People have had enough, and they are leaving in droves.

Leaders have even offered to cook dinner for anyone who comes back to the city. No one took them up on the offer.

A lot worse than you're seeing on television...

Breaking Down the Breakdown

I've spent the last decade of my life writing about and studying recessions.

New York is facing a real estate crisis that is probably 10 times worse than 2008. But now we just have 100 times more people reassuring us that everything will be okay.

If you talk to people on the ground there, they'll tell you everything is fine. They say real estate property values are holding up.

Talk to any of the hundreds of people I've talked to who now live in Miami or Southwestern Florida after buying homes and condos to escape New York. You'll get a different story.

New York is seeing record apartment vacancies. If we can all work from home, why would we pay $3,000 for 600 square feet? For the same price, we could have a penthouse apartment in a luxury building in a smaller city.

I used to pay $1,750 for one room in a three-bedroom apartment in my 20s. My mortgage on a two-acre farm is cheaper than that today.

Seriously, why live in New York? Why pay those rates?

Right now, there are more empty apartments in New York than there have been since someone started tracking the data.

New lease signings are down 23% year over year.

Stores and restaurants are empty all over Manhattan. You still cannot enjoy an indoor sit-down meal in the city. COVID-19 has destroyed small businesses in the city.

Big businesses are having serious discussions about how much real estate they really need.

This all may change at some distant point in the future. But the combination of pandemic and civil unrest is reshaping the New York real estate market.

Mere months ago, everybody wanted to be in Manhattan. It almost didn't matter what the asking price was. It was a smart decision to own real estate in the Big Apple.

Thanks to all the uncertainty, that changed almost overnight.

With that in mind, keep your distance from these REITs...

It has 2.3 million square feet of Manhattan street retail space in 70 properties.

The REIT was a Wall Street favorite after the credit crisis. The love affair ended quickly, and the shares currently trade for what they did a decade ago.

Earnings and cash flows are dropping as occupancy rates and rents drop precipitously.

It is probably not going to get better anytime soon. Odds are conditions get much worse.

It doesn't matter how good Vornado's management is or isn't. Its core market is getting destroyed.

Shares of Vornado may appear cheap at $34. But relative to the risk of owning the REIT, they are wildly overvalued.

Paramount Group Inc. (NYSE: PGRE) also owns a lot of New York real estate. But it did diversify to another city.

Unfortunately, that city was San Francisco.

San Francisco is also seeing an exodus. Rents are too high. The cost of homes is ridiculous and has been for a long time.

The city is very tech-focused, and technology companies have learned that working from home is a valid proposition. Many of the largest employers in the area have given employees the go-ahead to work from home permanently.

Without the need to be close to an office, many have decided that a smaller, less-expensive locale was a better decision.

Without the need for office space, it will be tough to keep many commercial real estate properties full. As leases expire, we will see rising vacancies all across the city.

Again, it doesn't matter how experienced or talented the management of Paramount is. Forces beyond its control are decimating its two core markets.

The same logic applies to shares of S.L. Realty Corp. (NYSE: SLG), the largest office landlord in Manhattan. It has been a best-in-class operator since its IPO in 1997.

Post credit crisis, the shares tripled before the pandemic arrived. Shares are now back at 2010 levels and will most likely fall further before there is any recovery.

It is in the early innings of the decline, so it does not make sense for investors to step up to buy this New York-focused REITs just yet. That day will come, but it is much further off than most realize.

For now, shares go for $46. But it may still have further to go.