Tesla Inc. (NASDAQ: TSLA) splits on Friday, Aug. 28. It's a chance for more investors to buy Tesla shares at a lower price.

Current shareholders will receive additional shares of Tesla stock in the split. But what happens to Tesla options traders? 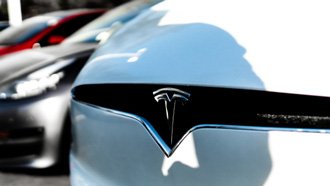 The Tesla stock split will be 5:1, which means if the stock is trading at $2,000, you can buy shares for just $400. Tesla shareholders will then see their single shares turn into five smaller shares.

Investors won't see those shares change until Monday, Aug. 31, the ex-date. Friday is the split date, or the day the split takes place.

If you're reading this, you've already missed the record date. Aug. 21, 2020 was the latest you could hold Tesla stock and automatically receive additional shares from the split.

So it's important to note: If you spend $2,000-plus on Tesla shares this week, between now and Aug. 31 (ex-date), you will still be entitled to additional shares, but your broker will have to claim them for you.

It's just an extra step happening behind the scenes.

But what happens to your Tesla options contracts when the stock splits?

What Happens to My Tesla Options?

The fact that options contracts control 100 shares of stock makes it easy.

If a stock option was purchased before the split was announced, then the holder of the option will be "made whole."

This means the Options Clearing Corporation will adjust the options contract to match the changes in the stock price so that the option holder doesn't gain or lose anything from the split.

This happens by simply multiplying the 100 shares by the split ratio and dividing the strike price by the same ratio.

And despite what you might see on social media, put options on Tesla won't suddenly jump into the money after the split. You won't see the value of your options change after the split.

Of course, if you buy Tesla options after the split, it's going to already reflect the price of the stock, so there would be no change.

What about the Tesla stock itself? Are you well off holding Tesla call options in the months ahead?

Should I Buy Tesla After the Split?

It doesn't really matter whether you buy before or after the split. But you might want to look into buying sometime sooner than later.

After the split, shares will be worth at least $400. And it looks like they could only go up from there.

Analysts from Wedbush yesterday called for the stock to hit $3,500 over the next 12-18 months. Shares are already up 390% year to date.

It looks like Wall Street is coming around to believe in the "real value" of Tesla stock. They claim Tesla could have an enormous "pent-up" demand for Model 3's in China, suggesting China penetration could add $400 per share.

Meanwhile, the company is shipping more cars than ever, with the Model Y, Cybertruck, and other models on the way.

All three are trading at a discount… are under-the-radar companies most people haven't even heard of… and have massive tailwinds with the potential to make their prices skyrocket.