The cloud computing industry is expected to grow 212% between 2019 and 2025, from $266 billion to $832 billion. And one of the best cloud computing companies to watch just announced it's going public.

Today, we're going to talk about the Sumo Logic IPO. 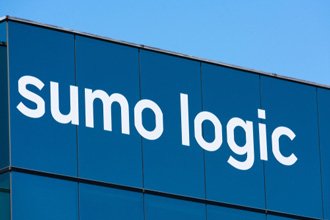 Sumo Logic is a cloud management software startup. It has a unique set of solutions that separates it from other cloud companies. It's called a "continuous intelligence platform."

You see, it takes time to pull data from many sources and make it useful for business. Sumo Logic seeks to jump that hurdle by providing "continuous" or "real time" data.

This means businesses could make decisions based on up-to-the-minute data. It's going to change how entire businesses are run - hopefully more efficiently.

That's why the Sumo Logic IPO is one of the more exciting tech IPOs to watch in fall 2020.

The year has not been great for IPOs thus far.

Best Stocks: Three of the best stocks to consider buying today: These picks belong in every portfolio. Learn more...

Following the COVID-19 crash between April and May, IPO activity reportedly decreased 48%, resulting in a decrease of 67% in total IPO proceeds for that period.

Now, however, with coronavirus cases leveling off, economies reopening, and treatments on the horizon, a few tech companies have decided to go public.

Here's whether or not you should buy Sumo Logic stock when it's public.

The Sumo Logic name has exploded since 2010. It currently serves over 100 companies, many of whom you would probably recognize.

These include Adobe, BBC, Toyota, and Zillow.

Sumo operates via SaaS subscription. One of its goals is to use its existing partners to penetrate international markets where it doesn't yet have them.

An ongoing subscription service with a rich customer base is going to help the company's bottom line in the future.

The company's revenue has trended up recently.

Quarterly, Sumo Logic has also done well. In the quarter ending April 30, Sumo logic reported $47.2 million in revenue. That was up from about $32.5 million from the same period last year.

However, net losses also increased nearly 93% from $47.8 million to $92 million this year.

That isn't necessarily a bad thing. In fact, it's common for startups at this stage. Startups, especially in tech, need to burn through a lot of cash to build their business.

In the last decade, and probably in the coming years, Sumo Logic is investing in expansion. That could put it in the red for a while.

But it's still a startup. There are other ways to judge whether a company will be successful in the future.

When Is the Sumo Logic IPO?

The Sumo Logic IPO was filed on Monday, Aug. 24. But an official IPO date has yet to be announced.

We do know, however, that the Sumo Logic stock ticker will be SUMO.

The Sumo Logic stock valuation is over $1 billion. That's great for a 10-year-old startup.

Sumo Logic has raised at least $340 from private venture leading up to their IPO. As it approaches the IPO date, you'll likely have more information to go on when deciding whether to invest.

The company expects to raise up to $100 million with its IPO. The underwriters include Morgan Stanley, JPMorgan, and Jefferies.

You can keep following Money Morning for more details on the best tech IPOs as they are announced.

Sumo Logic might be one of the best tech stocks to invest in once it trades. This is an already-successful brand on the fringes of a technological revolution. It has a promising future outlook.

At the end of the day, though, IPO investing involves a lot of unknown factors.

You should keep an eye out for more on Sumo Logic news releases. Be sure to dive into any financials the company releases so that you can make a sound investing decision.

In fact, before you go investing in IPOs, you should see if there's a better stock out there that is already public.