One of the biggest effects of the pandemic and lockdowns was the cancellation of sports. That's not just a minor inconvenience for sports fans - there are billions of dollars at stake. 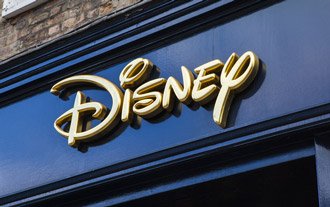 Not only does that mean the money is going somewhere else, but it also means some companies that rely on sports revenue are taking a huge hit.

While some leagues have managed to pull together strategies to get games on TV (even with no fans), it's not a foregone conclusion that all sports will return to normal soon.

The NBA is able to finish its season because its players are confined to the "bubble" in Orlando. Meanwhile, baseball keeps getting interrupted with positive COVID-19 tests, and NCAA football is in serious jeopardy this fall, with two major conferences already calling off the season.

We have no idea how the NFL will handle playing a season under these conditions either. Not to mention, another flare-up of the virus during flu season could set all these leagues back to where they were in the spring.

Walt Disney Co. (NYSE: DIS) was one of the hardest-hit stocks during the pandemic, dropping 42% between Jan. 1 and March 23. With its portfolio of theme parks and cruise lines, Disney became a popular target for bearish traders.

Options 101: It's never been easier to learn how to trade options, especially with our free guide from top trading expert Tom Gentile. Click here to get it.

Today, shares have rallied nearly 60% higher since their March lows, and the stock is within striking distance of getting back to even on the year.

That growth might not hold up if sports don't return this fall.

And it's making put options the perfect strategy for Disney stock...

Use This Options Strategy on Disney Stock

Disney isn't just a theme park operator; it's a media conglomerate. It owns ABC, which has contracts to broadcast many games across many leagues. It also owns ESPN, the premier sports network on TV and radio. Both outlets will be lost without live sports. There are only so many reruns of games from years ago that the public will watch.

Back in January, college and professional sports was forecast to bring in more than $75 billion in revenue this year. That's pretty much gone, thanks to the coronavirus.

It does not stop there, either. The 2020 Olympics in Tokyo has been shelved. Major college conferences have already canceled the season, and it's just a matter of time until more follow suit.

And that should send Disney shares tumbling from what seems to be a lofty perch right now. Surprisingly, whether on hopes for a COVID cure or just blind optimism, shares recovered almost to where they were trading as the market was peaking in mid-February. When that hope and optimism are shattered and the reality of no real return to sports sets in, it probably won't be good for shareholders.

But it can be great for options traders.

Rather than buying call options, as most individuals do, we are going to buy puts to profit from the Disney's next decline.

A put option simply gives the holder the right, but not the obligation, to sell a fixed number of shares of the underlying stock for a fixed price (the strike price) by fixed time (the expiration date).

Tom has two guidelines to help you buy the right puts, remembering that this is a trade, not a long-term investment.

First, buy out-of-the-money (OTM) puts, two strikes below the current stock price. Out-of-the money puts are cheaper, but they will expire worthless unless the underlying stock moves lower. By keeping just out of the money, you lower your up-front cost while also giving yourself the best chance of making money if the stock moves in your direction.

Second, use options with a 60- to 90-day expiration window. The shorter the time to expiration, the faster the options prices will move.

Here is an example of a simple put trade, but you can choose the strike price and expiration combination that works for you.

For a little perspective, a drop to $120 - which is below the strike price - is well within reach, as that is where the 50-day moving average is today. In other words, it is a very small drop given the rally Disney enjoyed since March, yet it can return many times your investment - maybe even triple-digit percentages.

But that's not the only way to play put options right now.

Tom has an even more powerful strategy you can use right now...

Get Paid to Buy Stocks?!

Imagine getting paid money for a chance to buy a stock you want (often at a steep discount, I might add)...

Well, for just the third time in his life, America's top pattern trader has detected the rare Rising Money Line phenomenon that can make this a reality.

Learn more about it here.

What Tom is suggesting here isn't a minimum entry point, but a maximum – otherwise referred to as a limit.

I hope this was helpful to you, if you have any more questions, feel free to reach out to our customer service department at 1(888) 384-8339 where a representative will be happy to help.

Thank you for the reply. After reading your reply and going back over the article, I realize this was a put and not a call. Thats what I get for not paying attention !!

I just want to make sure that this lower premium is a good thing in this scenario (buying a put.) I know it definitely would be a good thing if it was for purchasing a call, but it's easy to bloop the math when you're a beginner. Thanks in advance

I entered the Put trade and it was filled. What is my exit strategy? New to option trading!