The IPO world went silent for a few months since the COVID-19 crash. In fact, IPO activity fell by as much as 48%. This represented a 67% decrease in IPO proceeds for April-March 2020.

Now, case numbers are leveling off in certain areas. Treatments are being discovered. And business leaders have more faith in the IPO market. 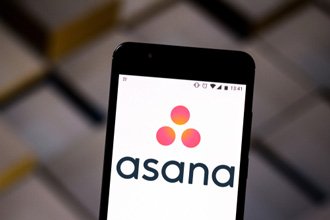 This has brought some of the most anticipated tech IPOs out of the woodwork recently. Among them is Asana, a SaaS company selling cloud-based productivity software for the next generation.

You're maybe aware of tools that help coworkers track their progress on different projects.

Asana is aiming even higher.

Today we'll show you everything you need to know about the Asana IPO...

Asana is a digital productivity software that helps employees track the status of their work, similar to Monday.com. It helps employees stay on the same page, because they can log every step of a project for their whole team to see.

This kind of technology will become an important fixture in office life as more companies migrate their entire workloads to the cloud.

With its forward-thinking front-office (Asana is founded by Facebook cofounder Dustin Moskovitz), this company could grab a piece of a 212% growth industry.

Cloud computing is going to transform the world. It's just a matter of discovering which stocks are going to be at the helm of that discovery.

Could it be Asana?

Some of these have yet to earn a profit. Here's where Asana stands...

The company took a loss, however. A whopping $119 million in the red. Asana has been unprofitable since its founding in 2008.

However, this is not necessarily a reason to write off a startup.

Best Stocks: Three of the best stocks to consider buying today - these picks belong in every portfolio. Learn more...

Yes, Asana has yet to profit in its lifetime. But investors familiar with IPOs know that young companies go through a heavy cash-burning phase early on.

In a news release, Asana makes this very argument, saying the losses reflect "significant investments we made to develop and commercialize our platform, serve existing customers, and broaden our customer base."

Many of those customers also come from around the world. Forty-one percent of Asana revenue came from companies outside the United States this year.

If it really is ahead of the innovation curve, you can also expect its revenue number to blossom in the coming years with a growing work-from-home trend. Its technology enables that trend even further.

Simply put: No, Asana is not profitable, but it could be soon. Still, you have other things to consider when IPO investing...

When Is the Asana IPO?

There is still not an official date for the Asana IPO. But it could come sooner than later.

Asana is following the footsteps of Palantir and doing a direct listing, or direct public offering (DPO) instead of a traditional IPO. That means the company doesn't raise any additional capital in the IPO, beyond the $213.5 million it's already raised.

The benefit of the DPO is that shares can go to market faster, as the company is subject to fewer SEC requirements. It also means investors will get to pay market price for shares of Asana stock instead of the markup underwriters bake into normal IPOs.

We do know, however, that it filed S-1 on Aug. 24. Asana stock will trade on the New York Stock Exchange. The Asana stock ticker symbol will be SANA.RC.

Before you go investing in IPOs like Asana, it's important to watch for more financials and forward-looking statements as they are released.

Asana may be valued at a healthy $1.5 billion, a unicorn with exciting prospects. But you want to know as much as you can before making a decision.

It's just one of many cloud computing stocks trading now. There are ways to profit with fewer unknowns, however. Stocks that are already public might even produce greater profits.

Let's see if the Asana IPO can separate itself from the pack...

Three Stocks Even Better Than Asana