Most investors would salivate over finding a tech sector growing at a 30% annual clip.

They'd be getting even more fired up if it was getting an even bigger boost from lockdowns and work-from-home setups. 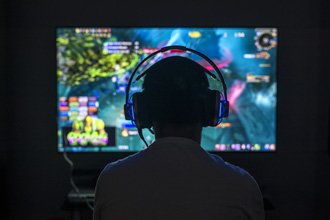 And you could imagine the response if one of the hottest IPOs of the year was giving investors a chance to get in on the ground floor in this industry.

This isn't just a hypothetical; it's really happening in the video game industry.

The sector brough in $120 billion in revenue in 2019, and estimates this year are already pointing to bringing in $160 billion, over 30% more than last year.

With this significant growth in gaming, Unity has decided to file its S-1 statement and go public.

Now, Unity is no ordinary gaming company, but it is behind over 50% of all mobile, PC, and console games. As a leading platform for creating and operating interactive, real-time 3D content, this could be a great pick and shovel play if you are looking to invest in the growing gaming industry.

As a development platform, this means it gets to profit not just when Activision Blizzard Inc. (NASDAQ: ATVI) puts out a game, but it can make money from every single studio developing on its platform.

Chances are you have never heard of Unity, but if you have played Pokemon GO, FIFA, Madden NFL, Assassin's Creed, Hearthstone, or Apex Legends, they have all used Unity to develop these games according to its public filing.

Here's everything you need to know about the Unity IPO...

How Much Is Unity Worth?

Unity's revenue growth has been impressive, seeing a rapid acceleration from $380.8 million to $541.8 million between 2018 to 2019, representing year-over-year growth of 42%. While Unity is not yet profitable with a net loss of $163.2 million, it has been building a large and growing customer base which use its solutions more and more.

In fact, its net revenue retention is one of the best of all SaaS companies at 142%. This means that Unity can still grow its revenue without even adding new customers. This makes sense when you see its list of long-time customers including Electronic Arts Inc. (NASDAQ: EA), Nintendo Ltd. (OTCMKTS: NTDOY), Tencent (OTCMKTS: TCEHY), and Zynga Inc. (NASDAQ: ZNGA).

How Does Unity Make Money?

Unity is a Software as a Service (SaaS) company, which means companies pay Unity a subscription fee to access its software.

Unity has built a moat as a platform critical to game developers, and that should help it to continue to grow into the future. With 1.5 million monthly active users creating games and other content, no one customer accounted for more than 10% of revenue. The company also said developers start about 150,000 new projects each day in 190 countries.

Once these developers write the game for the Unity Engine, it can then covert the code to run across multiple platforms, saving millions of dollars. Not only game developers, but architects, filmmakers, artists, and even automotive designers are using Unity software for development.

Unity has put itself in a very strong position, and on top of great product, it also has smart management. Its CEO is none other than John Riccitiello. He was formally the President and Chief Operating Officer at one of the largest gaming companies in the world, Electronic Arts. This guy knows gaming and helped sales rise from less than $700 million to over $3 billion at EA.

When Is the Unity IPO?

The Unity S-1 was filed on Aug. 24, and the Unity stock ticker will be U on the NYSE. While no exact IPO date has been set, we could expect this IPO soon, given the uptake in video game usage across the world. With more people staying home, consumer cash has been pouring into home entertainment markets like video games.

Unity has already raised over $600 million, and between the five rounds of private capital, its share price has gone from less than $1 up to $22 per share, a good sign for a company going public.

Its last funding round in 2019 put Unity at a $6 billion valuation, but we could end up seeing higher numbers given the company's growth.

This is all makes for an exciting IPO - and one to watch out for as Unity plans to raise up to $100 million.