There can be no question that Apple Inc. (NASDAQ: AAPL) has been one of the greatest stock stories of all time. Since the end of the bursting of the Internet bubble back in 2003, Apple shares have risen by more than 54,000%. 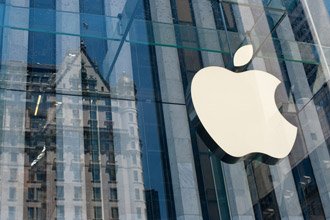 The stock price had doubled off the March lows before the recent selling pushed the stock down a bit. Weeks before the technology sell-off, dozens of analysts on Wall Street had reiterated their buy rating, with many raising the price target.

Sure, Apple is still one of the best companies in the history of the United States. Wall Street analysts love the stock.

But why did the stock go down?

Even though it's rallying today, is it still a buy?

There are several answers to that question...

Why the Apple Sell-Off?

In a rare stock move, we saw Apple more than double in less than six months. But people started selling as the Nasdaq slipped 10%. In turn, Apple lost 11%.

Part of the explanation for the selling is good, old-fashioned profit-taking. These sellers may regret it if the stock turns back around and goes higher.

This could be the case, as the stock seems to be gaining ground. But it's still too soon to tell. For many, it could have been worth it to take some money off the table.

We should also factor in that there is probably some selling coming in from trading-oriented technical analysts. When the selling started, Apple's stock had a 14-day relative strength index (RSI) of 81. This is well above the 70 level that technicians use to identify potentially overbought stocks.

On Wednesday, Sept. 2, the RSI started to decline. The Full Stochastic indicator, another popular trading tool, flashed a sell signal that might have brought in more technical sellers.

Then, on Friday, shares fell through the 20-day moving average. That could have attracted more short-term technical traders to sell or short the stock.

There are fundamental factors at play in the Apple sell-off as well...

Apple Stock in the Big Picture

Apple is still having supply chain problems, thanks to the COVID-19 pandemic. That is still holding part of the world's economy hostage.

The company has ordered the material for 80 million phones. But it doesn't look like it will get everything it needs in 2020. A lot of its production and sales could be pushed into 2021.

Apple is also the victim of its own success in many ways. The iPhone 11 was a huge hit last year. And while the iPhone 12 is expected to be introduced next week, it may not provide the same earning boost as the iPhone 11 did last year.

Apple is as much a consumer company as a technology company. We have to remember that, while the stock market does not seem to care about the pandemic very much, the economy is a little more of a concern. Almost 30 million people in the United States claimed some form of unemployment benefits last week. That's a massive percentage of the workforce.

When you are out of work, a new phone is probably not that high on your list of priorities.

It is not just the United States that is feeling the impact of the pandemic. The unemployment rate in the European Union is almost 8% right now. In Spain, it is over 15%, and the Italian rate is nearly 10%.

While China claims an unemployment rate of less than 6%, we see iPhone sales fall off a cliff in that nation. It is unlikely to get any better in the third and fourth quarters of 2020.

If we get a second wave of coronavirus outbreaks, consumers will be even more reluctant to spend on luxury items like a new smartphone.

There were many reasons we saw Apple's stock slip this past week. Any of the factors discussed here could have created this kind of imbalance between buyers and sellers.

The selling does not mean that Apple is not still one of the greatest companies in the world.

It is. It will continue to be.

The stock is just out of favor at the moment.