Please join us for a three-part series on the connected TV market. While cable has been bleeding customers for years, dozens of companies have set their eyes on this market. Money Morning is here to share with you a series on the development of this market and which companies are set to capitalize on the opportunity.

Ten years ago, when I would come home from work, the first thing I did was flip on the TV. Today, my routine isn't much different - and odds are, yours isn't either. 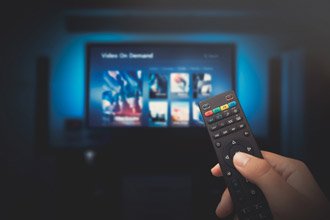 In 2010, streaming hardly existed, and almost every household in America relied on traditional pay TV. According to Nielsen data, at the end of 2010, pay TV counted 105 million households subscribed - or roughly 90% of all households in the United States. But that year would mark peak cable, and over the next five years, the industry would bleed, losing 4.6 million subscribers.

In 2020, that trend is accelerating. That's highlighted by Netflix, which picked up 26 million subscribers in the first half of this year, while AT&T lost almost 1 million TV customers in a single quarter.

Overall, during Q1, subscriber counts for cable, telco, and satellite-TV services fell at about an 8% annualized rate, accelerating from declines of 5.4% last year and 3.3% in 2018, according to Barron's.

The reasons are simple: our convenience and our choice. We no longer need to click through an endless list of channels from a bloated cable package; we're able to get totally customized content from the streaming apps we've chosen.

And the shift of quality content and the ability to watch when you want where you want has created just as many opportunities for the companies on the fore.

But this is only the tip of the iceberg as the industry rapidly evolves. Netflix's 80% jump since March attests to that. But despite the continued cord-cutting, millions of households still turn on the cable box and watch traditional TV.

That leaves a massive amount of room for the industry to keep losing cable TV subscribers, and that is why I'm so excited about the connected TV ecosystem as billions of dollars flow in.

This industry is still in its infancy, and even with millions already part of the connected TV ecosystem, a lot more are making the shift in the coming years.

It's a totally new experience. But like any new technology change, I wanted to dig in to find the investment opportunity behind it and show you how to make money off this shift. These services are not just replacing cable or making TV better; they have created an entire new industry worth hundreds of billions of dollars.

And this first company I'm looking at has racked up millions of users with billions of viewing hours.

The Company Leading the Shift to Streaming

"Streaming is the most powerful force shaping television today. It is unleashing innovation and bringing great choice, value, and control to consumers."

With Netflix adding 26 million users during the first half of 2020 and Disney Plus adding 31 million, steaming is clearly the path forward. This raises a big question: How do consumers access this content?

That can be answered with one of my favorite companies in the space and a perennial favorite of my colleague, Bill Patalon, over at Private Briefing: Roku Inc. (NASDAQ: ROKU). Not just because it has a sleek box or a streaming stick that you can plug into the side of your TV, but everything else. In fact, you don't even need the box as it has integrated its product and brand into hundreds of models from top brands like TCL, Sharp, and Philips.

But that is only the beginning, and I'm about to share with you why I believe Roku could continue to be more and more valuable as it scales and pulls users from traditional TV.

Roku has created an open platform for streaming, and as it continues to grow, so does the stickiness of its platform. This has heled Roku to grow its revenue to over $1 billion with a growth rate of over 40% seven quarters in a row.

It's hard to imagine that Netflix would ever want to spin out this business, but in 2008, that's what happened, and Roku was founded. Anthony Wood, founder and CEO, envisioned that Roku would become the largest distribution platform hosting every major streaming service, and in May of 2008, Roku would launch its first box to access streaming services. It was off to the races selling the device at near cost to grow its user base. This strategy has worked well, and it now has 43 million active accounts, up 41% year over year.

As Roku grew its market share, so did its mind share. It expanded beyond the box and integrated directly into TVs. This meant that you didn't need a secondary device - you can go out and buy a TCL, Insignia, Sharp, and many other branded TVs, and Roku software would be built right in to access streaming content.

One of the best parts about this device is that it is vendor agnostic. Unlike products that come directly from a content provider like Apple TV and Amazon Fire Stick, there are less barriers to content. When Apple TV launched in 2016, Amazon Prime Video was nowhere to be seen.

Roku now has millions of hours of content from dozens of providers and that has helped it really engage customers. Users streamed 14.6 billion hours in the second quarter of 2020, up 65% year over year.

All of this streaming leads us to how Roku really makes its money: subscription and advertising sales.

Through Roku's platform, users connect and watch ad-supported and paid streaming content, and they generate revenue by taking a cut of the ad inventory for free content, as well as taking a commission for helping to sign up new subscriptions from the likes of Netflix, Hulu, Disney Plus, and dozens more. Just like the Apple store, Roku has created a platform with millions of users that content creators want and need to be a part of.

Every day, brands are adopting a more over-the-top (OTT) heavy ad strategy to reach audiences as users shift away from linear TV, and Roku has been unlocking more targeted advertising to help migrate brands into this channel.

Nielsen recorded during the first five months of 2020 that streaming hours were up over 40% in the United States, whereas linear TV is down 3%. The switch toward ease, value, and choice is clear for streaming.

As users continue to stream, more advertisers are looking to make the move to the connected TV market. With an estimated $60 billion spent on TV advertising, Roku needed to make the value proposition and transition as easy as possible. Roku acquired DataXu, a demand-side-platform (DSP) for serving ads, in 2019 to bolster its assets and in May of 2020 launched OneView. This platform was designed to lower the bar of entry for companies seeking to enter the streaming TV space. It will allow marketers to plan, buy, and optimize their video ad campaigns that run on Roku's platform.

In 2019, streaming viewing only captured 3% of TV ad budgets, but that is rapidly shifting with viewer preferences. Adding these services will allow Roku to accelerate and capture a larger portion of advertising revenue as brands shift their spend. This could be a huge windfall, as its advertising revenue is still than $1 billion, a fraction of the $60 billion spend on linear TV.

Roku has also created its own free ad-supported channels in an effort to ease new users in.

Users that cut the cord and move toward streaming as their only source for TV usually don't go back, and that's a trend that is expected to grow. Roku is the gateway to streaming, and I expect its user base and revenue will continue to grow with the shift from linear TV.

Cutting the cord has not only changed how content is served, but it has created major changes in how networks make money. This is why I've been keeping my eye on behind-the-scenes companies that could profit from every single cord-cutter.

Get more actionable tech investing reports by subscribing to Michael Robinson's Strategic Tech Investor. Click here, and you'll be automatically signed up to receive Michael's research delivered straight to your inbox twice a week - it's completely free of charge.