The Snowflake IPO date is finally here. The stock will begin trading on the NYSE on Sept. 16.

It's been one of the most talked-about public offerings of 2020. The company hopes to raise more than $2.7 billion in its IPO. 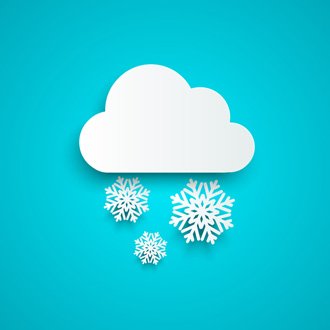 Valued at $23 billion, Snowflake is a one-of-a-kind cloud platform. The company has 100,000 active users and counting.

Some of the biggest names in the world - Sony, Capital One, and 2k Games, to name a few - use its services.

Still, many investors are unsettled about whether to buy on the IPO date, wait and see what happens, or avoid it altogether.

The Perfect Time - When Can I Buy Snowflake Stock?

First, investors have good reason to question the masses. Skepticism can be your greatest tool in volatile times. When an IPO comes riding in on this level of hype, it makes sense to stand back and take a second look.

But we think this one is the real deal.

The cloud computing market is undergoing a revolution. We knew this was coming, but no one expected it to happen so quickly.

2020 has been a roller coaster year of unforeseen catalysts, natural and unnatural. The S&P 500 lost 31% in the worst of it, between January and March.

However, there was a silver lining for tech stocks. Cloud stocks have benefited from the strong work-from-home trend.

Twilio Inc. (NYSE: TWLO) saw demand rise as businesses sought solutions to unify their communications. The stock popped 119%, from $103 to $226 from January to now.

And if investing in Snowflake at the IPO wasn't already enticing: MongoDB has gained 794%, Twilio has gained 1,457%, and Shopify has gained 5,624% since their respective IPOs.

In fact, Snowflake has more than doubled its customers in the last year thanks to the work-from-home trend.

If that's a not a compelling case for buying Snowflake stock ASAP, I don't know what is.

Something is really happening in the cloud industry. It was supposed to happen over the course of a decade. But it all seems to have happened in the few months we've been confined to our homes.

There's no looking back, that's for sure.

But that also raises some questions about whether the Snowflake stock price has as much upside as those other cloud stocks we mentioned...

Just How Great Is Snowflake?

There is no doubt Snowflake is one of the most important cloud companies this side of the millennium.

It claims to be the first cloud stock that is truly "cloud." A bold claim, indeed. But here's what that means.

According to CEO Frank Slootman, most companies claiming to offer "cloud infrastructure" are actually still relying on machines to prop up their cloud. Their roots are in "machine environments," as in physical servers and hard drives.

Often, those services need some initial deployment of software, or some kind of regular maintenance.

Snowflake offers "The Data Cloud," where data is not housed in any physical hard drive or server, but in a "virtual warehouse."

This has a great many benefits to users. For one, using it is cheaper, because it's not physical. There is no maintenance required, no software deployment, and it can be accessed at the drop of a hat.

The company has also been successful retaining customers, with net revenue retention of 158% in the last two years. That means it's not only kept customers paying but has actually convinced them to pay more over that time.

That's a sign of a great product. But here's the problem...

Is There Potential for a Snowflake Stock Meltdown?

Even with its rockstar-unicorn status, Snowflake's technology comes with a catch.

It's entering a field with steep competition. That is, it has to reckon with Amazon.com Inc. (NASDAQ: AMZN), Microsoft Corp. (NASDAQ: MSFT), and Alphabet Inc. (NASDAQ: GOOGL).

Amazon offers the ever-popular Amazon Web Services infrastructure, Microsoft's Azure cloud has been a revenue monster, and Google is... Google. These companies control 33%, 17%, and 4% of the cloud market, respectively.

That's actually the good news. It means that no single company has taken full command of the market yet. And it could be a while before someone does.

The possibilities are limitless with the cloud. There is potential for so many sectors to emerge.

You have infrastructure - the main service of those tech giants. You have tons of different cloud platforms for storing and using data in a million different ways. You also have cloud software and security - different apps that can be offered, like DocuSign or Shopify.

This limitless potential can be a great thing for Snowflake. But if you've followed along this far, it shouldn't surprise you that every upside has its downside.

The downside here is that Snowflake is built on Amazon Web Services.

Now, this is not exactly a problem yet. But the company has cited it as a potential issue down the road.

Amazon is notorious for taking things that sell in its online marketplace then creating and selling its own version at a lower price. The same is feared when Snowflake becomes ultra-successful. Amazon could have the company in its grip if it wanted.

Until then, however, this is only theoretical. Assuming Snowflake will be a victim of its own success is to also assume Snowflake does not already have a massive head start in its niche.

Remember the 158% customer retention rate? This is something that is hard to undo. It's a massive amount of work for a company to switch the foundation of its entire operation from one cloud service to another. The cost of switching only grows with time.

Snowflake's financials show that it might just have that head start...

The company continued to lose money in the meantime. But you have to remember how young it is.

Starting out, firms often need to spend a lot of money to grow. And Snowflake is doing just that.

It is also sitting on $887 million in cash and no long-term debt.

Snowflake's business model is good indication the company could quickly turn a profit.

It charges for storage and the cost of computer resources consumed - this is essentially how much computing power you need to run an operation. It's measured on the "virtual warehouse" or "data warehouse" that logs time and activity on the service.

That, combined with the company's killer customer retention and the fact that it's low-cost installation and low-maintenance, bode well for Snowflake.

But there's one more thing you need to be cautious about...

Should You Buy Snowflake Stock?

There is a lot of hype in front of IPOs. And usually, the real value of the stock doesn't measure up.

A great example of this was the Lyft Inc. (NASDAQ: LYFT) IPO. Investors were excited to buy into the digital ride-hailing industry as taxis started going obsolete.

The problem was tat Lyft was not the only ride-hailing service out there. Uber Technologies Inc. (NASDAQ: UBER) has made things hard for the company.

Uber has given Lyft a run for its money. The Uber name is a moat itself in ride-hailing. But the company is even penetrating food delivery with UberEats and a potential partnership with GrubHub Inc. (NASDQ: GRUB).

For a while now, the companies have been involved in a price war. As a result, Lyft stock has lost 60% of its price since trading at $78, when it first went public.

Some analysts like to draw an analogy here between Lyft and Snowflake. Competition is thick in the cloud computing industry, as you've seen.

The difference, still, is that there is much more room to play in cloud computing. And where Lyft and Uber have struggled during lockdowns, cloud computing stocks have been more resilient.

There is potentially more hope for Snowflake to hold its own.

However, if you're looking for money-doubling gains, you probably won't see those right away.

If the stock is as hyped as expected, it could double out the gate, and most investors will miss it. Getting access to the stock at the IPO price is notoriously hard for retail investors.

The "cloud computing boom" could already be baked into that price.

That said, Snowflake is a promising long-term company. You could wait for the stock to bubble - IPO stocks often do - then come back down after a few weeks.

Then you can buy in once it hits a price you're comfortable with. The easiest way would be to set a Good-Til-Canceled limit order to buy at the price you like.

The best bet might be to let some time pass and see where the price goes after IPO. With Snowflake stock, you should be more interested in long-term gains than a short-term pop.

In the long run, it's a sure growth candidate.

Three Stocks Even Better Than SNOW