Apple Inc. (NASDAQ: AAPL) and Tesla Inc. (NADSAQ: TSLA) recently split their stock, which created a lot of buzz in the markets. That has investors wondering if another tech darling will be splitting soon.

Let's talk about whether an Amazon stock split is coming and what that means for you...

Tesla and Apple have been swinging wildly since these two companies split. 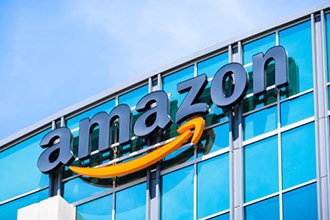 Tesla shares climbed 48% between announcing the split Aug. 10 and the date of the split, Aug. 21. Apple stock also gained 13% between the start of the month and the split date.

Splits are exciting, especially with high-priced stocks like Amazon.com Inc. (NASDAQ: AMZN). Amazon's $3,000-plus price tag is a tall psychological hurdle for many investors. And a split could be incentive for many new investors to get in.

We could see another big rush to buy if Amazon enters the fold.

The potential is there. Still, the question is whether or not that is reality.

What Is a Stock Split?

While stock splits are not very significant from a financial perspective, they can be a psychological shock to the market. And that has real consequences.

One of the consequences is other companies following suit.

Analysts have been discussing whether or not an Amazon stock split is in our future.

Word on the street is that the company has a lot of incentive to do so. But is that the plan? And how does that affect investors?

For an idea of what lies ahead, Amazon investors need look no further than what's happened to Apple and Tesla stock over the last few weeks.

Apple did a 4-1 split, where the price went from around $400 to $100, for example. If you were holding Apple shares, your shares multiplied by four.

A stock split is not super complicated. If you hold the stock, it doesn't change much about your position. You will still be holding the same dollar value as you did before. The number of shares will simply increase, and their individual price will be cut.

Something many investors like about a split is that it gives them an entry point for stocks that might have been out of their price range before.

Of course, this is still merely psychological, because you can now buy fractional shares at zero commission with certain brokers. But holding a round lot of shares is attractive to many investors.

As Money Morning Technical Trading Specialist D.R. Barton, Jr., says, you wouldn't get very excited if you had a $20 bill and the U.S. Treasury Department suddenly changed it to four $5 bills.

But psychology can still move stocks. And it could move Amazon stock in the weeks to come...

Stock Splits Are Still a Catalyst

Of all stocks, Amazon has a notorious psychological barrier to entry. Pricing above $3,000 is both a point of pride for the company and a point of intimidation for investors.

Even when fractional shares of Amazon are available, the thought of eventually attaining a round lot seems like too big a mountain to climb. You might not expect much growth holding 10% of a single share when the company's market cap is already as large as Amazon's.

This is probably what many investors were thinking when they missed out on Tesla's 479% surge over the last year. More than just buying a fraction, they wanted another crack at the budding electric vehicle giant.

A combination of such unpredictability and growth potential was exciting to many investors. But the price had soared far beyond reach. They were happy to see shares sliced.

With that, there was a rush in buyers. The hype sent the stock flying before the split. That hype still shows in its recent correction, shares dipping more than 20% since the split took place.

Something similar could happen with Amazon at its current price. When a stock splits, it brings in more regular investors to buy it. And this buy-up creates a rally.

There are two potential reasons why Amazon might split in the near future.

The first reason is that a split leads to more buying. Apple was an example of a split being a no-cost catalyst for a high-priced stock.

Amazon is in competition with Apple, right behind it at the top of the market cap food chain. Amazon's market cap is $1.59 trillion; Apple's is $1.93 trillion.

The difference in trillions might seem trivial to anyone who isn't the CEO of Amazon. But Jeff Bezos has also been selling a lot of his stock lately, so he might enjoy a widespread buy-up of AMZN if it means catching up with AAPL.

History shows Apple stock doing well before and after stock splits. According to data from Morgan Stanley (NYSE: MS), it's beat the S&P 500 just about every time.

The second reason for a potential Amazon stock split is that the company could join the Dow Jones Industrial Average.

Amazon straddles several different industries - retail, cloud computing, logistics and more - it could have a shot at the new communication services sector and consumer goods sector on the Dow.

If that checks out, the only other thing that would keep Amazon from trading on the Dow Jones is its price. The Dow Jones, unlike the NASDAQ and S&P 500, is weighted by price (not market cap). If it were priced above $3,000 on the Dow Jones, it would overwhelm the average.

That's all the more reason for an Amazon split to take place. But here's the thing you have to remember...

Should You Buy Amazon Stock?

Part of this volatility has been the splits themselves (a fade in the hype). Another part has been a struggling tech sector. The Nasdaq has lost 10% since the start of September.

You also have to factor in the uncertainty of COVID-19.

There are probably too many moving parts to name for the volatility that entered the market. But how much of that is from two of the most talked about companies in the world splitting their stock?

At the end of the day, splits don't make a company a better business. Like D.R. said, you're just breaking a $20 bill. It is not a major reason to buy a stock.

But whether it splits or not, Amazon is an excellent stock to own.

What really matters are still the fundamentals and financials behind the stock. That said, Amazon has been one of the most coveted stocks in recent years. And it could keep growing.

Investors who do proper due diligence might want to look into buying at the lower price.

That makes it a great buy, whether you buy it now, buy a fractional share, or cross your fingers waiting for a stock split.

Three Stocks Even Better Than Amazon