Sometimes it takes a few baby steps to get things moving, which is what we have with cannabis legalization in New Jersey. 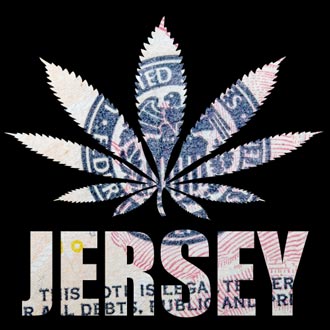 But that's okay, because I'm incredibly excited for the leap the Garden State can take in November to vote for full legalization. That will open up a whole new group of buyers and mean dispensaries can sell more products and generate more sales, and stock prices can climb higher.

A report from analysis and advocacy firm New Jersey Policy Perspective projects that 343,000 New Jersey residents could spend $1 billion on cannabis each year.

So ahead of this exciting development, I wanted to provide a quick overview of current cannabis laws in New Jersey, what's happening in November, and some of the companies already operating in the Garden State.

History of Cannabis in New Jersey

Medical cannabis was legalized in the Garden State in 2010, but only patients suffering from debilitating conditions, like cancer, glaucoma, and multiple sclerosis, just to name a few, could access it.

In 2011, the state had the unfortunate honor of having one of the most restrictive medical programs, according to The New Jersey Times.

Things didn't get much better for accessing medical cannabis in New Jersey, with only 11,569 qualified patients as of 2017. In comparison, just four years after Florida legalized medical cannabis, it had over 300,000 patients.

Efforts to fully legalize recreational cannabis stalled in 2018, but as I mentioned earlier, the early baby steps made in the state could lead to a giant leap on Nov. 3.

With a "Yes" vote, the possession and use of marijuana for anyone 21 or older will be legalized.

Also, the Marijuana Legalization Amendment would allow for the cultivation, processing, and sale of retail cannabis.

There would be a state sales tax of 6.6%, but additional state taxes would be prohibited.

Taxes are always a big issue when it comes to legalization, and New Jersey clearly wants to make sure the program gets off the ground successfully, without consumers being overly taxed and turning to the black market.

For example, sales tax in Colorado is 15%, and this proposed sales tax from the Garden State would be even lower than Michigan (10%) and Illinois (7%), two states that just kicked off recreational sales in 2019.

And if a poll from the marketing company DKC Analytics is right, New Jersey Public Question 1 is going to pass.

The company found in a survey published on July 28 that 68% of respondents supported cannabis legalization in New Jersey.

It's a favorite of the National Institute for Cannabis Investors, and there are even more gains on the way once New Jersey legalizes marijuana…