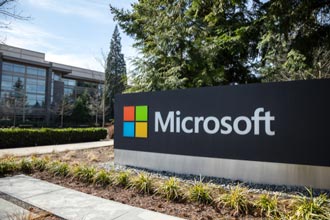 Bethesda is a world-renowned game developer responsible for series like "Elder Scrolls" and "Fallout."

Microsoft stock has popped about 4% since Monday, when the acquisition was first announced.

It could have been a decent blip in the broader tech world. But was an absolute earthquake in the gaming industry.

What This Means for Microsoft

Microsoft has faced a never-ending war with Sony Corp. (NYSE: SNE), where Sony always tends to win out with its exclusive game offerings. Best-sellers like "God of War," "Uncharted," and "The Last of Us" come to mind. These all came from Sony-owned studios like Naughty Dog, Santa Monica, Guerrilla Games, and Sucker Punch.

The list goes on, and Sony does have a wider, more diverse spread, as is known.

For Microsoft's Xbox, there has not been much more besides the legendary Halo and Gears of War series. Both of those were published by Microsoft Studios, whereas the Sony PlayStation is better known for its cluster of studio partnerships offering a broader range of exclusive games.

But acquiring Bethesda levels that playing field a little more in this department.

Microsoft already had an edge with its Xbox game pass, a subscription service that provides access to over 100 games.

PlayStation has yet to release something similar. But the Game Pass would not have been nearly as much of a decisive factor between the two consoles prior to the Bethesda acquisition.

Game Pass debuted in 2017 and has raised Microsoft revenue every year since. Now that Bethesda's line of games could appear exclusively on the Game Pass lineup, it raises the value of a subscription immensely.

PlayStation may have more exclusive partnerships with gaming studios, but Bethesda is an absolute titan in the gaming industry. Its games, though few, sell like hotcakes…

Moving forward, the game developer expects to release a franchise called "Starfield," a similar role-playing game to Skyrim and Fallout, but with a space theme.

If it is exclusive to Microsoft, it could draw a significant number of PlayStation users over to the Xbox side.

The Bethesda purchase might not necessarily crush Sony, but it's a harsh blow. The company may have to up its cloud gaming strategy and see what other value-adds it can offer.

Microsoft appears to be way ahead of it…

MSFT Is Second to None

We shouldn't forget that Microsoft is a much bigger company than Sony. Sony's market cap is $98.3 billion. Microsoft is one of a handful of trillion-dollar companies, at $1.55 trillion.

This puts Microsoft in an incredibly resilient position.

Resiliency has been the goal of the company through the COVID-19 epidemic, as CEO Satya Nadella said in his latest quarterly report.

He said that organizations building "their own digital capability will recover faster and emerge from this crisis stronger."

This is reflected not only in the company's continued success through the pandemic, but also through the Bethesda acquisition.

Wedbush Securities analyst Dan Ives said the move demonstrates interest in casting a wider net for revenue growth. It certainly places the Xbox in a much more competitive position than before.

The "platform wars" have seemed endless over the last couple decades. Now, the Xbox has laid a solid foundation for becoming a household name, first with the Game Pass, now with exclusive rights to one of the most lucrative gaming franchises on the planet.

We have yet to see. If it's a nail in the coffin, it could take several more years to drive in. Of course, gaming alone isn't what's pushing Microsoft over the top…

The Microsoft Azure cloud has been a key revenue driver over the last few years, and it will continue to be as cloud computing emerges. Cloud computing was a major part of what has sustained Microsoft through the pandemic.

It also saw a nice boost in revenue overall, reporting $143 billion for the year ending June 30. That was a solid 13.6% bump from the year before.

The earnings report showed $38 billion in revenue for Q4 alone, with net income at $11.2 billion.

Microsoft is clearly playing the long game in every arm of its operation. It has the resources to do so, and that's what gives it a leg up in each of its sectors.

Azure is a contender for domination in the cloud market. The Xbox is vying for the gaming platform throne.

Not much is different since Money Morning's Andrew Keene wrote his MSFT stock forecast in July. He said Microsoft would continue to deliver through the COVID-19 pandemic, and it has.

It will continue to deliver, under its forward-looking leadership, propelled by the success it saw through fiscal 2020. Bethesda could be a springboard to even bigger things next year.

Right now, Microsoft trades for $205. Analysts give it a 12-month high-end target of $260. That's a solid 26% gain in the short run alone. But this stock could absolutely explode over the next decade and beyond.