BTS, or "Beyond the Scene," is the name of a seven-member South Korean Pop (or K-Pop) boy band known for its hit song "Dynamite." Its record label, Big Hit Entertainment, just issued public shares on Monday, Sept. 29.

And we're going to show you how to buy Big Hit stock when it starts trading. 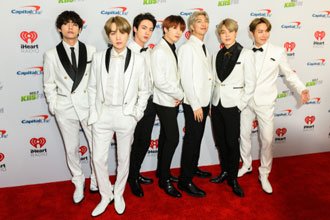 This was South Korea's "biggest stock market listing in three years," according to CNN. Shares started at 135,000 won, and the company raised 962.55 million won through the offering. Big Hit is now worth 4.8 trillion won.

The offering made Big Hit CEO Bang Si-Hyuk a billionaire. Each of the seven band members were also holding 68,385 shares as of August. Each member's worth $7.9 million by the time the stock had been issued.

Shares of Big Hit stock will be traded on the Korea Exchange (KRX) on Oct. 15.

You might be wondering how a Korean boy band could be worth all this money. But investing in Big Hit is a bigger opportunity than most retail investors realize…

Why Big Hit Is a Big Hit

Would you invest in the Beatles if they went public? Say what you will, but it's fair to say many would have, in hindsight.

If that opinion is controversial, then this next one is equally, if not more so…

Korean Pop is a disruptive trend circling the globe. For now, mostly niche crowds in the United States celebrate it the way Americans used to celebrate that 60s/70s four-piece British phenomenon. But they are going places.

The BTS hit "Dynamite" is currently fourth on the list of top 200 songs on iTunes. It's been first on the Billboard Hot 100 chart for three weeks straight. Its music video has over 417 million views, and it's only been out for a month.

K-Pop might still be a fringe genre to many. But this band is huge. And it's not the only iconic band on the label. TXT, short for "Tomorrow X Together" is another big name signed to Big Hit, with over 36 million views on YouTube.

The groups are joined by 16 other solo acts and producers. And from the look of the Big Hit IPO, it's hard to say much negative about its financials.

Regardless about how you feel about their music, it's probably not your feelings that matter. It's the feelings of teenagers around the world falling for Korean pop stars in the same uncanny way they did for the Rolling Stones.

Makes you think about possibly buying some Big Hit stock. Here's how you can do it…

How to Buy Big Hit Stock

The problem with investing in Big Hit is that it only trades on the KRX. And buying foreign stocks can include some hurdles you won't find simply buying on the New York Stock Exchange.

When the stock begins to trade, here are a few ways you could potentially invest in Big Hit…

To invest in a foreign company directly, you have to open an account with a broker that allows over-the-counter (OTC) trades. Charles Schwab and Fidelity, for example, offer this.

You could also open an account in that country – you can imagine the added layer of difficulty here. Of course, in either case, OTC market is regulated differently than the NYSE.

With foreign direct investing, there are often more costs associated with your purchase, different tax regulations, exchange rate problems, language barriers, etc., which is why this is only recommended for experienced investors.

Big Hit Entertainment could offer the same eventually, though there's been no wind of that yet. You can invest in ADRs easily on the American Exchange, or if that isn't available, the company might have Global Depository Receipts (GDRs) trading on other major international exchanges in Europe and Asia.

If those aren't available, some mutual funds and exchange traded funds are invested in global stocks. We have not heard yet about a major mutual fund investing in Korean pop music. But if you find one, maybe that's your ticket to having stake in Big Hit Entertainment. All you'd have to do here is talk to your broker and make the order.

Should You Invest in Big Hit Stock?

With limited options in the realm of depository receipts and funds, you would be stuck with investing directly in Big Hit Entertainment through a South Korean broker. This could be a confusing process – the ticker SME (04150.KQ) would likely be the least confusing thing about it.

Another thing to consider is that, even if BTS or any other bands signed to Big Hit breach unseen levels of superstardom, a fad is a fad. Investing in a record label means you will always be relying on it to produce appealing work for new generations.

It's very different from investing in a product that meets a consistent need. For that reason, you may want to avoid investing in Big Hit Entertainment for the time being. See what it does, how much it can grow from where it is.

Maybe one day they will have ADRs available to buy, which would make the process less tricky.

Until then, the stock carries the risk of foreign or over-the-counter investing, in addition to the risk of volatility from pop culture trends that would end up driving the stock price.

The good news is that there are much better, less-risky profit opportunities trading right now. It's always a head-scratcher why investors want to invest in IPOs when there is so much upside already under their noses…