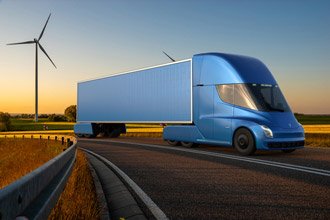 This might have many investors second-guessing electric vehicle stocks – and the whole special purpose acquisition company (SPAC) model of investment. But just because Nikola appears to be a dud right now does not mean there aren't still huge opportunities for stocks in this field.

Hyliion is quite a different animal from Nikola in almost every respect. Today, you're going to see why – and whether or not you should buy it.

Cities around the world are adopting new emissions laws – if not restrictions, then tax exemptions to encourage lower emissions.

Before you invest in any of these, here's something to consider about the SNPR IPO…

But if you're looking for more certain upside in your investment, you're not being naïve. There are stocks out there, already trading – not SPACs or IPOs – with the same potential.

The only difference is that more is known about them…