The streaming or "cord-cutting" market is starting to look increasingly bullish. And furloughs from a pandemic have been a big part of that.

As we watch COVID-19 case numbers tick upward again, we can expect more power from the streaming market. This is driving our best options trade today. But maybe not in the way you think… 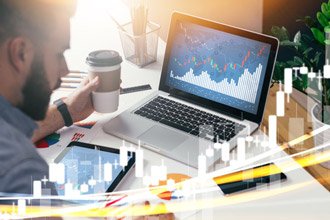 Binge watching probably saved a lot of people from climbing the walls for something to do after hours. Sports were closed. Theaters were shut. Even going out for a meal was highly restricted for a long time.

Travel holidays with family and friends, for many, became streaming a favorite Netflix Inc. (NASDAQ: NFLX) series, even if it meat doing so remotely.

A notable harbinger in the streaming movement has been Walt Disney Co. (NYSE: DIS). The company has suffered from travel restrictions and closure of its parks. But at the same time, Disney's streaming service has helped the company land on its feet.

No matter how many theme parks Disney was forced to shut down due to COVID-19, it had a safety net in Disney Plus.

The service was unveiled in fall 2019. It added 60 million subscribers in the second quarter of this year – just when the pandemic was starting to wreak havoc on the economy and on the people.

When a company is four years ahead of schedule, you know the business is a monster. Next year promises to be even bigger. Here's what's pushing our best options strategy now…

What Makes Streaming Different in 2021

Disney was not alone in its success this year.

Growth potential here is nothing short of spectacular. And that's why options trading in the streaming market looks more and more promising to investors.

But the industry is starting to get really crowded now as it matures, and it has likely entered a "tipping point." This means there isn't just one options strategy here.

Sure, you could go bullish and look for call options on DIS or NFLX to appreciate. But you could also buy put options on their competition.

Money Morning Quantitative Specialist Chris Johnson already sees where some of these competitors in the entertainment space are going to be pushed out. He has identified the huge profit opportunity that will mean for you.

Our best options trading strategy today is a play on an enemy of the streaming market. Here's how you can profit from its demise…