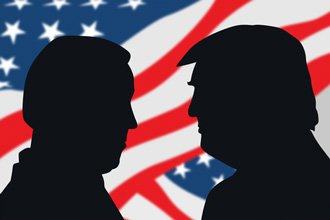 What is the stock market going to do after the election?

That's the question everybody wants to discuss right now.

If Joe Biden wins, will we see a crash as some have predicted?

If U.S. President Donald Trump wins again, does the rally continue based on his pro-business positions and proposals for tax cuts and negative interest rates?

There are several factors to consider when talking about the election and the stock market.

And I'll break it all down for you in this article.

First, this election will probably not be over on Nov. 3, or any other day that week.

The large volume of mail-in votes is likely going to cause confusion and delays in the vote count.

Twenty-five states, including states with a large number of electoral college votes like California and Texas, will count any ballot postmarked on or before Election Day.

Some of those states could still be counting votes well into the following week.

Since most Republicans plan to vote in person and the vast majority of Democrats are voting by mail, we could have a scenario where President Trump is winning on election night only to see that lead narrow steadily as the states count mail-in votes during the week.

It will be the greatest week for political pundits, pontificators, and cartoonists in the history of the world.

It probably will not be a great week for anyone betting on a rally. Most of the time, markets hate this kind of confusion.

Buy This, Not That: In this rapid-fire event, we'll share 50+ stocks that you need to know about… for better or worse. Watch now...

We need to keep in mind that the guaranteed-to-happen scenario does not always play out.

In 2016, it was widely perceived that stocks would crash if voters elected the unconventional Donald Trump.

And crash they did in the overnight futures markets, but by morning, they had turned green. Prices stayed pretty much in the green for months as stocks rallied sharply during the early days of the Trump presidency.

The general consensus is that a Democratic sweep of the House, the Senate, and the White House will be bad for business and the markets.

The sweep would guarantee we see higher corporate taxes and more regulations. So, the markets would fall, right?

But what if traders decided that the sweep would mean a rapid delivery of more stimulus money to individuals and small businesses and rallied?

Anyone caught betting on a decline will risk significant losses.

Of course, betting that Democratic sweep means higher prices because of stimulus could turn into a disaster if the coronavirus continues to spread and newly seated President Biden orders a six-week shutdown of the economy to contain the spread.

A Trump victory has the same two decided outcome scenarios. While the pro-business President's reelection is a positive, the likely increase in civil unrest could be a negative for traders.

A delay or outright denial of stimulus packages for individuals and small businesses could also lead to selling in the markets.