Even if you don't care much for politics, investors should pay attention to what is happening now ahead of the election. It's fueling our best options trade today.

Former U.S. Vice President Joe Biden's lead in the polls expanded after a rocky debate and U.S. President Donald Trump's COVID-19 diagnosis. While polls are to be taken with a grain of salt, they can give you a rough map of your trading strategy for next year. 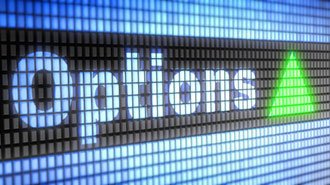 Choosing which options to buy can be part of that strategy. And it's at least somewhat a function of who fills the oval office.

Under the assumption that the polls get it right this time around, smart investors look ahead for the stocks that should fare best. Aside from personality differences, the candidates' differences in policy are quite stark. From higher tax policy to fighting climate change, the Biden agenda should favor certain sectors and industries.

Before we show you the best options trading strategy in this scenario, here is just one of the changes or trends we expect to see in a "blue" victory. It is a big one.

For a start, investors will expect more government investment in "green" projects. Companies that build, develop, and use renewables should benefit.

Despite his reluctance to vigorously support it, the Green New Deal is part of the plan. That means a shift from fossil fuels to wind, solar, and hydro energy. This is a massive piece of potential legislation that seeks to overhaul all energy production to cut carbon emissions and shape the economy.

The problem, which is not necessarily that bad, is that there are many ways to profit from a green future. Solar panels, electric cars, wind turbines, hydrogen powered engines, and batteries just scratch the surface of what is out there.

And that brings us to our best options trade today...