The Dow Jones today is taking a hit after Treasury Secretary Steven Mnuchin said that a stimulus deal before the election is looking less and less likely.

Earlier this week, House Speaker Nancy Pelosi (D-CA) said the White House's proposal "falls significantly short" of what they believe to be expected. More of what's moving the Dow today, below.

Before we dive into the latest stories and more, here are the numbers from Wednesday for the Dow, S&P 500, and Nasdaq: 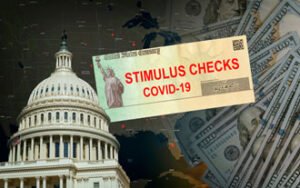