In the sometimes-complicated world of technical analysis, it often pays to just keep things simple.

Part of my daily analysis of the market includes checking the list of companies that are making technical moves as their patterns grow stronger. The simplest way to do this is to scan my database for the best stocks to trade and find those with a "Silver Cross" pattern. 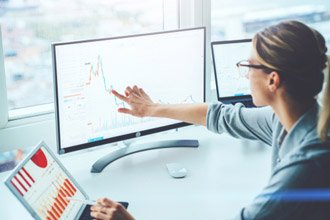 In both cases, a shorter-term trend line crossing above a longer-term trend line, signifying a transition from either a correction or consolidation into an uptrend. And it's typically a bullish catalyst for the stock.

My models scan for gold and silver crosses each day to find stocks moving into Wall Street's "fast lane." But we're more interested in silver crosses because they're more likely to develop into better, faster gains.

While the "cross" puts a stock on my radar, I dig in further to confirm the bullish signal.

Here are the simple rules I follow to make sure I've found a great trading opportunity...

A silver cross doesn't always mean a stock is about to head higher. It could be stuck in a flat trading range.

Look at the chart for Cerner Corp. (NASDAQ: CERN) below. The trading range is clear: The two trend lines are relatively flat and directionless. This makes it easier for the trend lines to make "crosses" more often, resulting in almost worthless signals.

Bottom line, I'm not likely to see a fast and aggressive move from the stock, so I'm taking a pass. 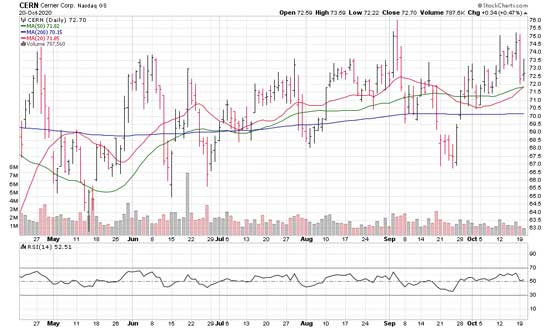 When both the 20- and 50-day trend lines are rising, it's a cue that you're on to something.

Following one of my Ten Commandments of Trading, the trend is your friend. This is almost always represented by a rising 50-day moving average. On average, a stock is likely to close higher the next day two out of three times when the 50-day is rising. That's usually a trend worth trading.

The fact that the 20-day is making a cross above the bullish 50-day tells you that a stock is making a breakout into another trading trend higher. These are usually followed by a bullish breakout.

The chart of First Solar (NASDAQ: FSLR) is a good example.

Bottom line: These are the stocks that traders want to take a closer look at. 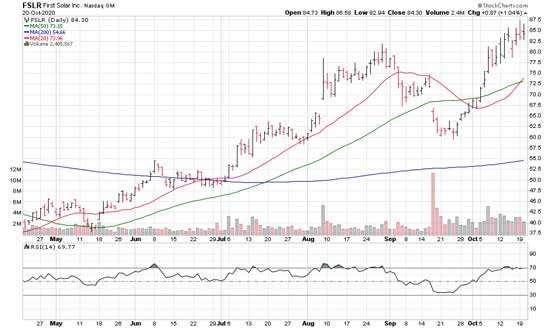 Now that we've gotten the rules out of the way, let's look at three stocks getting ready to break higher...

3 of the Best Stocks to Trade Right Now

This "alternative" stock - that's what I refer to them as during my daily livestream sessions with my followers - is setting up for a move toward a target price of $100.

The stock has been on a tear for the last year as shares are trading 53% higher year to date compared to the market's return of 6.6%.

The stock is breaking out of a five-year trading range (that's right, FIVE YEARS) that has bound it between $30 and $80. Now, you can make money in that range, but the breakout - and rising volume - is indicating that this run is ready to go to the next level.

The stock has been in a range for the last two months as it fought with breaking through $300. There's momentum building in the trend though as we're ready to get another round of fiscal stimulus.

Home Depot has doubled the year-to-date for the housing sector and is working on tripling the returns for the retail sector. What I'm telling you is that this is one of the "Best in Breed" stocks in both groups. 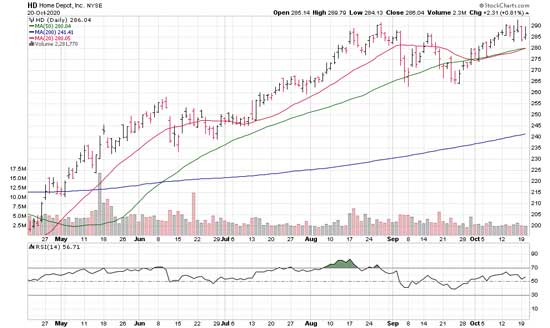 But my last stock to trade is about to pop 20% higher in a hurry...