The election day is upon us at last.

In swing states, it will be safe to turn your television on tomorrow. The barrage of ads will, at long last, come to an end. 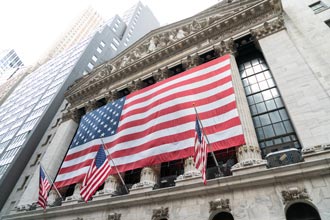 The stock market is going to be looking for a direction to take following the election.

To help you navigate the possible directions stocks could move after the election, I'm giving you my stock market predictions based on every possible outcome.

If we get a blue wave, then we may see a short-term pop in the markets based on hopes for a stimulus package. A stimulus bill will be passed very quickly by a new Congress and a newly sworn-in President Biden would sign it soon after being sworn in on Jan. 20.

How long that pop in stock prices holds up is going ot be contingent on who is being discussed for the Biden cabinet and whose name is put forward for key agencies.

Elizabeth Warren, as Treasury Secretary, is probably not going to play well on Wall Street, for example.

Too much noise out of Congress about tax increases right away will also not play well with stock traders.

Should the GOP hold onto the Senate and the White House, we will probably see markets continue to try and work their way higher.

In a harshly dogmatic world, a gridlock is probably the best outcome for the U.S. economy and the stock market.

If the Democrats win both houses of Congress and U.S. President Donald Trump retains the White House or if Joe Biden wins the presidency but the GOP holds the Senate, those scenarios should be good for the markets as well.

Either of those results should keep taxes from moving higher, which Wall Street will like.

Right now, we do not know how this will all turn out. The leading betting and prediction sites show a very strong probability of a blue wave with the Democrats taking the White House and both Congressional Houses.

But most of these same sites showed a probable Clinton victory right up until the polls closed in 2016.

There is a better than zero chance that it will be several days, if not weeks, before we know who the winner of this election will be. Spend some time playing around with some of the possibilities of electoral college outcomes, and it is not hard to see an election that is thrown into the House.

Each state gets just one vote, so that is going to favor Donald Trump.

It is also most likely to lead to widespread civil unrest and even riots. The financial markets will not be a fan of the uncertainty created as a result.

At this point, I do not think the markets care very much which side wins as long as we have a clear and decisive outcome when we get up on Wednesday morning.

While the traditional view is that Biden and the Democrats will be bad for business, that viewpoint is tempered by the fact that this will mean a larger, faster stimulus package will get cash into the hands of the millions of people unemployed by the pandemic.

The markets may respond positively to certainty too, even if it is a blue wave that sweeps the GOP out of power entirely. Wall Street craves stability, and we could see sentiment change positively once everything is over.

How to Invest During This Election

As the day progresses, you will hear more pundits telling you what to do with your money based on this election.

You should ignore most of that noise.

If you have been following the talented group of traders and investors here at Money Morning, you know the importance of having a plan and sticking with it. Changing your portfolio up every few hours because of what someone thinks might have happened in a battleground state will probably not have happy results.

Yes, there will be consequences from the outcome of this election. A repeal of the corporate tax cuts may not play well with the markets down the road.

Increased regulation, especially on banks and Wall Street, could cause traders to push prices lower.

There are lots of things that might happen as a result of today.

It is pointless to speculate on how what might happen will impact the markets over the next several moments until we have some idea of how today turns out.

If you are a political junkie or have a strong preference for either candidate or party, it is going to be a long night.

If there were futures on bourbon and popcorn consumption, going long both would have been my trade idea for this election day.

Our chief investment strategist will be flying through stocks – more than 50 – telling you which to consider buying NOW and which to drop like a ton of bricks.

Make no mistake: This event will be rapid-fire – you will want to take notes.