If there is one thing the markets don't like, it's uncertainty. Even after the polls close on Election Day, there is a good possibility we won't know which candidate won, which is one of the biggest uncertainties there can be. 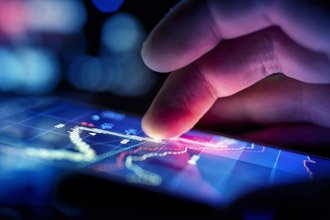 The good news is that uncertainty creates tons of opportunity for options traders. Volatility is higher, prices move faster, and if you have the right game plan, you can make a lot of money.

But instead of just buying any calls and puts based on hunches and whatever the talking heads on TV might say, we're using expert research that crunches data to come up with the right plan.

Today, we're going to use that research to give you the best call and put options to trade no matter who wins the election.

Money Morning's options trading specialist, Tom Gentile, has been using data derived from the market itself to find repeatable, historical patterns that can help you win the same way, year after year.

One of his favorites comes around every four years. That's right, the pattern around the presidential election is consistent through every cycle. Tom says that once you see it, you will know what to do to win.

Let's start with some background.

First, as most pundits will tell you, the stock market tends to move higher every year. Of course, there are exceptions, but over time, and on average, stock prices have an upward bias.

No surprise there, but when it comes to presidential election cycles, the third year of a presidency is when we tend to see the biggest gains. It is in year three of a presidential administration that we see the best gains. You probably noticed that in your own portfolio last year, the third year of U.S. President Donald Trump's term, as the Dow popped about 25% higher.

But year four - the election year - is more or less average. While this has been a wild year with the pandemic and economic shutdown, stock market performance has been pretty even. The S&P 500 is up about 4.5% so far, while the Dow is down just over 3%. That plodding, neutral market is about par for the course.

Now comes the important part for trading during the election.

These are historical tendencies and have nothing to do with these two specific candidates. This is simply a long-term trend Tom's research revealed.

And we're using these trends to build profitable options trades.

We'll give you a trade to make money for any outcome based on historical patterns; plus, we'll even give you a long-term trade so you can prepare for the next cycle...

If Trump wins, set your time horizon from November to December, 2020.

Remember, Tom's research shows that during years when a Republican wins reelection, the market closes out the year strong. With the market moving sideways since September, there's going to be plenty of momentum for a run higher once we get some certainty about the winner.

To cash in on that trend, Tom suggests buying call options on the S&P 500 Trust ETF (NYSEArca: SPY) Jan. 15, 2021 calls at one or two strike prices out of the money (OTM). Remember, you're bullish, so aim for strikes above where SPY is trading on Election Day.

Now, if Biden wins, we'll look to make money on a dip.

Tom's research shows when a Republican president loses their reelection bid, the market trends lower to end the year.

That's why we're looking at a short-term bearish trade.

In this case, you buy put options on SPY. Tom suggests SPY Jan. 15, 2021 puts a few strikes out of the money, lower than where it is on Election Day. You're looking at strike prices nearer $330 or $325 or lower.

Of course, the trends don't end on election day.

And we've got a bonus trade for you to make to cash in on the next pattern, one that could make you 160% gains...

The Best Options Trade to Make for the Next Cycle