2020 has been the year of the technology explosion.

The coronavirus pandemic has accelerated advances in cloud computing, remote working and learnings, e-commerce, and several other segments of the technology marketplace. A decade worth of adoption took place in a matter of weeks as we were all stuck at home. 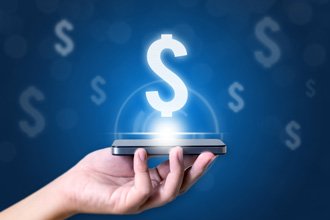 While income investors may feel left out of the technology explosion, that doesn't have to be the case. In fact, I'm going to show you two of the best tech stocks with high dividends right now.

That's right. You get the explosive growth potential of tech stocks with the added income of a dividend stock. That's a win-win.

Here are my three favorites...

Cisco Systems Inc. (NASDAQ: CSCO) is the granddaddy of all dividend-paying tech stocks.

An enormous amount of every technological transformation this year has happened because of Cisco Systems. Cisco is still the leader in computer networking and information technology. A lot the learning, working, and ordering that was done in 2020 was carried from point to point by Cisco equipment.

Cisco's video-conferencing app, Webex, clocked 590 million participants in September and had over 600 million users in October. Webex also has a new product for schools that features the ability to host a large classroom, split the class into small groups, and bring it back together.

Cybersecurity is a subject we also hear talked about a lot today. We always hear about the newer industry players and the standalone cybersecurity companies. Cisco is rarely mentioned.

It is one of the larger cybersecurity companies in the world.

Just Released: Our last Premium Stock Pick went on to double in four months. Now we're bullish on a company that's absolutely critical to the success of 5G. Get the pick for free here...

But besides being a tech stock plugged into some of the most exciting growth trends, Cisco Systems is a cash flow machine. Over the last 12 months, the company has used its incredible free cash flow to shell out over $10 billion in stock buybacks and dividends.

Most years, Cisco spends several billion dollars making add-on acquisitions to help it remain a market leader in its key markets. An awful lot of those hot startups you hear about end up being bought by the older tech companies like Cisco.

Over the years, Cisco has made more than 200 acquisitions to add new technology and talent to the company.

2020 has been a little slower as the pandemic limited deal making, but Cisco has still been able to do abut $500 million of acquisitions.

Cisco shares yield 3.84% and over the past five years have increased the payout by more than 12% annually.

Hewlett Packard Enterprise Co. (NYSE: HPE) is another tech stalwart that has played a role in changing the world in 2020.

However, the company is also active in more exciting areas of the market, like cloud and edge computing, software-defined wide-area networking (SD-WAN), and high-performance computing, and that should help drive growth going forward.

Hewlett Packard Enterprises is also moving to become more of a Software as a Service (SaaS) company where users pay as they use services or subscribe annually. That has been the trend in technology for several years, and now the shift seems to be resonating with the company's customer base.

Over the last 12 months, Hewlett Packard Enterprises has generated more than $700 million in free cash flow. It also has more than $8 billion of cash on the balance sheets.

The stock is currently yielding 5.2%, and the shares appear to be undervalued by at least 50% right now.

The Best Tech Stock with a High Dividend

Xerox Holdings Corp. (NYSE: XRX) comes up in the minds of pretty much nobody when it come to changing the world. Printers and document handling stuff is not the stuff of high-tech dreams. But don't let its old-fashioned name fool you...

While Xerox does make most if its money selling old-school printers and document processing systems, it is also working to be part of the technology explosion that started earlier this year.

Xerox has solutions that help with the work-from-home trends.

It can design your data center physical infrastructure from the ground up or redesign what you are using now.

It has a docushare service for electronic documents.

At the same time, printers and document handling are still part of the day to day business world, and Xerox has an enormous installed customer base for those products.

That's what helps the stock pay out a healthy dividend for shareholders while still tapping into hot tech trends.

The stock is currently yielding 5.22%, more than triple the income you'd get from the average S&P 500 stock.

There is another great reason to buy shares of Xerox. Carl Icahn just increased his stake in the company to more than 14%.

Carl has a pretty good track record of forcing change and unlocking shareholder value in his target companies.

If you're looking for dividend income and tech growth, you won't find a much better candidate that Xerox.

Three Stocks Even Better Than XRX