As more people ask the question, "Should I buy Bitcoin?" more financial advisors are trying to find ways to accommodate them.

This is a significant shift for those professionals who help folks invest their money for a living. 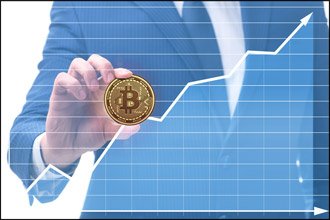 Just a couple of years ago, financial advisors almost unanimously steered clients away from Bitcoin and other crypto investments. Brokerages often forbid their advisors to recommend Bitcoin or crypto to clients.

But the climate has shifted. More Wall Street types have been singing the praises of Bitcoin this year.

But this is a dynamic that will work in both directions. As higher Bitcoin prices draw client interest, the growing flow of capital will feed the demand needed to keep prices climbing.

Let's take a closer look at what's going on…

Reasons to Shun Bitcoin Falling Away

Financial advisors have come a long way. Until recently, they were downright hostile to Bitcoin. They had a lot of issues with it – some were real, some were myths, some were problems that lacked solutions.

In addition to those objections, most financial advisors didn't understand the technology – and had little interest in putting in the time needed to learn about it.

Gains like that – better by far than any other asset class over the past two years – tend to get the attention of wealth mangers.

Why Financial Advisors Are Warming Up to Bitcoin

No advisor wants to be the last to catch on to a hot investing trend. It's a "fear of missing out" that is spreading through the wealth management industry.

They always remember the ones that got away.

In an article for CoinDesk earlier this month, financial advisor Andy Edstrom likened skepticism toward Bitcoin today to what "experts" were saying about Amazon.com Inc. (NASDAQ: AMZN) back in 2005.

AMZN in 2005 was trading at $35 a share. Now it trades at more than $3,100 a share. Wealth managers who misjudged Amazon lived to regret it. No one wants to do the same with crypto now.

"Just like Amazon became the obvious winner of the e-commerce market years ago and yet still continues to gobble up share of this enormous potential market, Bitcoin still has very far to run," Edstrom said.

As if that weren't incentive enough, advisors are getting pushed toward crypto by a growing number of their clients.

In a Bitwise/ETF Trends survey of advisors taken at the end of last year, 76% reported having fielded questions from clients about crypto. And 72% said they believed clients were already investing in crypto on their own.

According to a recent study by Grayscale, which runs several crypto-based funds, more than half of U.S. investors (55%) are interested in investing in Bitcoin, up from 36% in 2019.

And younger clients are much more interested in Bitcoin and crypto than their parents and grandparents.

Finally, crypto is gradually becoming recognized as a new and separate asset class with its own distinct characteristics.

Bitcoin in particular is viewed as "digital gold," a long-term store of wealth and a safe haven in the tradition of gold. Better still, Bitcoin has a weak correlation with other assets.

So crypto offers a fresh diversification option for those clients open to adding it to their portfolios.

Should I Invest in Bitcoin? You Bet

For those wondering if they should be asking their financial advisor about adding Bitcoin and crypto to their investments – I say you should strongly consider it.

No doubt some worry that it's too late. With Bitcoin north of $16,000 as I write this, that's understandable. But just as Amazon and Apple Inc. (NASDAQ: AAPL) have continued to surge to new highs for more than a decade, Bitcoin is likely to enjoy huge gains for years to come.

And lately my call has started to look conservative. Thomas Fitzpatrick, a managing director at Citibank and global head of its CitiFXTechnicals market commentary report, has set a Bitcoin price target of $318,000 by December 2021. That forecast appeared in a leaked report intended only for the eyes of Citi's institutional investors.

The key is supply/demand. The Bitcoin supply is fixed at 21 million. New bitcoins are created at a steady rate that gets cut in half about every four years.

As money continues to pour into Bitcoin – not just from rising interest from retail investors, but from deeper pockets like institutional investors and billionaires like Paul Tudor Jones and Stanley Druckenmiller – demand will keep pushing the price higher.

All that said, Bitcoin is still a risky investment. So it should only occupy a small portion of your portfolio – somewhere between 1% and 5% depending upon your risk tolerance.

The decision comes down to risk/reward.

So yes, you could lose 1% of your money. But you have the potential for gains of 10x, 25x, 50x, or more. That's exactly the sort of logic billionaires offer to explain why they're investing in Bitcoin.

"The best profit-maximizing strategy is to own the fastest horse," billionaire Paul Tudor Jones wrote in a market outlook note in May. "If I am forced to forecast, my bet is it will be Bitcoin."