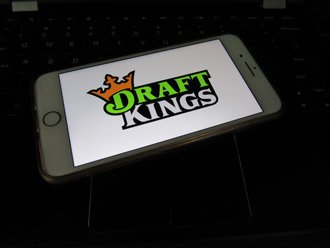 The presidential election may have gotten most of the headlines, but quietly, three states (Maryland, Louisiana, and South Dakota) were all voting on another important issue: sports gambling.

All three states voted to pass bills that will legalize sports betting starting next year. That should prove to be a major catalyst for sports gambling stocks into 2021 and beyond.

And DraftKings Inc. (NASDAQ: DKNG) stock is set to be the biggest winner out of all them. I'll show you why...

Twenty-five of 50 U.S. states will have legal sports gambling by next year. And in our humble opinion, it's only a matter of time before it's legal in all 50.

You see, the tax revenue states can generate off legal sports gambling are huge... in the billions of dollars per year.

In Maryland, that money will be used to fund education.

In Louisiana, the money is going to stay within the local parish (county) that generated the revenue.

And in South Dakota, the revenue generated from sports betting is going to the city of Deadwood (the only place it will be legal in 2021).

Other states won't be able to resist this revenue stream.

The gambling map isn't just a regional trend either. It's sweeping the entire country.

Then, Massachusetts, Vermont, Ohio, Nebraska, Kansas, and Hawaii all have active bills that are pending legislative approval.

The demand for sports betting is higher than it's ever been right now. And the more states that pass it, the more that demand is going to grow.

Investors who pick the best sports betting stock before the other half of the nation legalizes it will position themselves to make a fortune.

When sports betting inevitably becomes legal in every state, there's one clear company people will turn to more than any other.

The business was built to thrive online from day one. And now it's building out brick and mortar locations just as a coronavirus vaccine could soon be on the way.

Here's why DraftKings is a top stock to buy now...

Back in 2000, fantasy football started to become popular among early adopters (about 5 million people).

Fantasy sports is similar to gambling.

Groups of eight to 14 people would join a fantasy league together using Yahoo.com, ESPN.com, or NFL.com, and draft a team that typically consisted of 16 NFL players. Typically, these leagues are organized locally and players would pay money into a pot for the winner to take.

The problem with this though is that these types of leagues required members to commit to managing their fantasy teams for an entire season and for someone to manage the money.

And all too often, league members would lose interest because their teams were bad or they simply weren't committed to the time it took to manage a team for an entire NFL season.

So in 2012, Matt Kalish and Paul Liberman founded DraftKings to solve this problem.

DraftKings allows people to make and wager on a new fantasy team every week.

If the new team they draft beats all the other teams in their league, they get paid that week. They don't have to wait until the end of the NFL season.

In the absence of betting on individual games, people have been turning to daily fantasy because it is legal throughout much of the nation.

And they can currently play in leagues with as little as two people or as many as 515,200.

The payouts currently range from $3 to $3,500,000. DraftKings takes an administrative fee off the top to make money.

It's so popular that ESPN and the NFL Network have entire TV shows centered around it... in addition to podcasts, full-time writers, fantasy experts, and more...

Today, over 60 million people play all types of fantasy sports.

That's why DraftKings also has fantasy baseball, basketball, soccer, golf, hockey, and just about every other sport you can imagine... Even e-sports.

But daily fantasy sports are just the beginning for DraftKings. The real crown jewel is sports betting.

Over 131 million people are estimated to bet on individual games, contributing to a $150 billion industry, according to Legal Sports Betting.

You see, that's where the high growth is for DraftKings - converting its daily fantasy users to legal sports bettors on its sportsbook.

DraftKings is becoming a full-fledged sports betting company with the highest growth potential of any publicly traded company on the market...

Why DraftKings Stock Is a Buy Now

There are three big reasons to buy DraftKings stock now...

First, as you know, the company is going to grow as more and more states legalize sports betting.

The next states that could pass legal sports gaming are Wisconsin, Idaho, and Utah - all of which recently had a bill introduced.

But it's all about how quickly DraftKings is going to be able to grow in those new states relative to its competitors that should get investors excited.

You see, DraftKings already operates its daily fantasy sports website and app online in 43 of 50 states.

So, it will have a huge first mover advantage and head start on its competitors, which generate most of their income from physical locations.

Essentially, DraftKings will have a much easier time converting its daily fantasy users to bettors on its sportsbook rather than other companies that try to start from the ground up without daily fantasy.

The company already has a DraftKings Sportsbook website and mobile app that allows people in nine different states, including the massive New York and New Jersey markets, to place wagers on single games.

These are the types of laws recently passed in Maryland, Louisiana, and South Dakota, that have investors excited to get in on the ground floor.

But that's not the only reason it's a buy...

Second, the company's online first strategy gives it a cheaper way to expand into states, and it doesn't have to worry about the pandemic slowing foot traffic.

It doesn't have to build physical sportsbooks or casinos to drive revenue. All the company has to do is spend some marketing dollars to get people to download the DraftKings Sportsbook app and bet.

See, that's one of the best things about DraftKings - it was born on the Internet and doesn't have many physical locations weighing down on its profitability.

The company doesn't have to worry about paying to keep up a large number of casinos or sportsbooks like some of its competitors in Las Vegas that lost a lot more money during the COVID-19 lockdowns than DraftKings.

Investors should also be aware of another big DraftKings competitor called FanDuel. But since FanDuel isn't publicly traded yet, DraftKings is the still best way for you to invest in the daily fantasy sports market today.

As a publicly traded company, DraftKings has more access to capital and thus higher growth potential than FanDuel.

If and when FanDuel ever does go public, it will certainly be a stock worth looking into. But we'll need to see the company's books before deciding whether it's a buy or not...

The next five years and beyond should be very favorable for DKNG stock.

And last week's Q3 2020 earnings report is an indication of just that.

DKNG shares popped 9.5% on Friday, Nov. 13, after the company reported better-than-expected third-quarter results and a surge in unique payers that's now over 1 million.

Investors could reasonably expect 30% to 50% returns annually as long as more states pass laws legalizing sports gambling and we finally have a vaccine for COVID-19 that is mass distributed.