The COVID-19 pandemic sent the economy reeling, but some industries have thrived. You already know about success stories like Zoom Inc. (NASDAQ: ZM) taking off thanks to new remote work trends. But another industry is quietly thriving in this new economy too: video games. 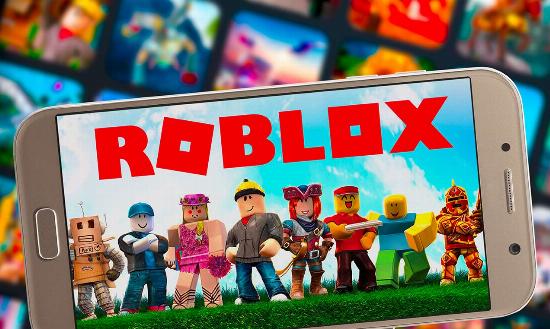 That's exactly why I want to talk to you about the Roblox IPO.

Kids and adults alike have been flocking to games as a way to virtually hang out and as a great indoor activity. Unity Software Inc. (NYSE: U), a game development platform that went public last year, has already seen its stock price surge roughly 55% and has been on my radar as one of the best IPOs of the year.

Roblox stock went public on Wednesday, March 10, 2021 via direct listing. It priced at $45 on the New York Stock Exchange under the ticker RBLX.

The stock shot 55%, past $70, into the next day’s afternoon. Here’s why everyone’s so excited about this company.

Roblox was founded in 2004 as a global multiplayer gaming and game development platform that's also safe for children. Inside Roblox, you can create and play games in its immersive 3D platform through mobile devices, gaming consoles, and your PC.

It combines elements of two of the hottest video games going right now in Minecraft and Fortnite, making this one of the most anticipated IPOs of the year.

What Is Roblox, Exactly?

Many of the Roblox games are free to play, but the platform allows for in-game purchases. This is done by using its virtual currency called Robux. You can add accessories and clothes to your in-game character, gain access to paid games, and pay for different types of powerups.

While Roblox has yet to discuss revenue publicly, SensorTower tracks monthly mobile spending, and players have spent over $2 billion on just the mobile platform. Several of the most recent months have also seen over $100 million spent on the platform. This spend has put it near the top of mobile game charts for worldwide revenue for the last several months.

This platform is huge too.

In July of this year, Roblox announced that it had more than 150 million monthly active users on its platform, more than its main competitor, Minecraft, which announced around the same time that 126 million people were playing each month. Roblox says 75% of 9- to 12-year-olds in the U.S. play on the platform. That is an incredible number of users for the younger demographic that it is targeting.

During the pandemic, kids have flocked to Roblox as it has become a de facto virtual hangout location.

They have thrown birthday parties and many other types of in-game events that could not be held in person. In July alone, users logged 3 billion hours on the site, up by 100% from only a few months earlier. Roblox says 37 billion hours have been played since 2008. That equates to over 100,000 years of play time.

As I mentioned earlier, Roblox is not itself a video game, but rather a platform for game creation. Unlike platforms that require code to develop games, users can design and build their own virtual worlds and games inside them using blocks similar to Legos. Once the games are complete, developers can then share them with people around the globe in an instant.

The ease of use has led to notable games that include the massive multiplayer game Adopt Me!, which is focused around adopting and caring for pets, Jailbreak, a cops and robbers game, and Welcome to Bloxburg, a game based on The Sims. The platform is essentially limitless. This is just a small sample of the games that have been created. As of 2018, more than 4 million creators have brought to life more than 40 million experiences on its platform with the most popular games having over 10 million active monthly players.

Some games have even been played more than 1 billion times.

Roblox helps to keep its creators happy and tied-in by offering simple-to-use developer tools and compensation based on sharing revenue. In July, Roblox said its developer community was on pace to earn $250 million in 2020, up from $110 million in 2019. This is a testament to how fast the platform is growing. No doubt the pandemic created a giant tailwind for the company, but games like this will continue to be played long after a vaccine.

It even recently branched out from games with the idea of hosting live concerts. Lil Nas X recently performed to an audience of millions across two days and four shows, playing in a virtual world inside the game. The shows were viewed a combined 33 million times.

The company sees virtual concerts as a new way to give its players a chance to hang out and for the game to stay relevant as many of its younger users start to get older. The success of the Lil Nas X concert is a good sign for the future in that Roblox can open up as a space for music.

As you can tell, this is an exciting company with some serious growth potential.

But does that translate into making the stock a buy at the IPO?

Let's look under the hood…

Is the Roblox IPO a Buy?

With a strong year for tech IPOs, Roblox fits right into this category. Millions of users are already heavily involved in the platform, and a huge ecosystem of developers should help Roblox continue to see robust growth.

We don't know what valuation Roblox will go public at, but its most recent funding round can give us some clues. In February, Roblox raised $150 million from big names such as Andreessen Horowitz, Tencent and Hedge Fund Tiger Global Management. Seeing Tencent as an investor is a good sign for me given its background in video games. It is already a 40% owner in Epic Games, which makes one of the biggest game development platforms, Unreal Engine, and it owns League of Legends developer Riot Games. These are the kind of investors I like to see.

In February 2020, the valuation was estimated to be roughly $4 billion, but growth and investor interest has brought its market value in 2021 to a whopping $38 billion.

Gaming has been a big focus during the pandemic, and even before, games like Fortnite brought in millions of gamers. Whether the pandemic ends tomorrow or six months from now, Roblox is not about to fizzle out.

Three Stocks Even Better Than Roblox