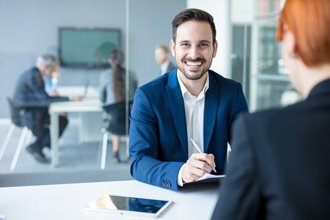 This year, we have seen the growth stocks in the technology sector leave everything behind, especially value stocks. Most value funds are struggling to keep up with the market and have been since the Great Financial Crisis.

Even Warren Buffett is having a hard time keeping up with the best growth stocks. He even invested in a high-priced IPO this year when he bought 6.1 million shares of Snowflake Inc. (NYSE: SNOW) - the big data and cloud computing company.

As is often the case, the idea that value investing is dead is a Wall Street mistake. Buying a good business at a bargain price has always worked out pretty well for investors over the long run.

The problem is the way Wall Street defines "value investing." They use an unmanaged index of companies based on their price-to-book value ratio to define value investing.

While price-to-book value can be an important measure of value, many companies that trade for less than book value are garbage companies that are well on the way to liquidation. Most of the time, when a company trades at a bargain price, there is a good reason.

Successful value investing is about finding those companies that trade for less than they are worth and have a good business.

That is precisely what we see in many bank stocks today. Community and regional bank stocks saw their prices fall sharply back in March when the markets collapsed.

Unlike many sectors, banks did not rally back to new highs when the Fed and Congress stepped up with stimulus programs to support the economy.

Investors were afraid of what would happen when people could not pay their bills and began to default on credit cards, car loans, and even mortgages.

That has not happened. Although banks have had to work with some borrowers to restructure their loans and defer some payments, disaster never struck.

Banks entered 2020 with more capital than ever before, and loan portfolios were in pristine condition. Most banks would have survived the worst the pandemic could have thrown at them.

With a vaccine close at hand, banks are poised to thrive once again. Here are my top two best value stocks to buy now...

No. 2: Collect a 4.5% Yield with this Midwestern Best Value Stock to Buy

Associated Banc Corp. (NYSE: ASB) is based in Green Bay, Wis., and has 248 branches between its home state, Illinois, and Minnesota.

The bank has seen its stock fall by more than 25% this year.

ASB shares currently trade for less than book value. But they really should not.

Associated Banc Corp. has not experienced devastating losses, and the stock should trade a lot higher than it does right now.

While the bank did have to defer some loans at the start of the pandemic, the number of loans in deferral dropped by 79% and is now just about 2.1% of total loans.

That is less than the rate of the average U.S. bank, where the deferral rate is 2.8%. About 97% of consumer loans have eventually been cured and are paying as agreed today, so the bank should have no problems.

Associated has also instituted cost-cutting measures that have trimmed costs back to 2014 levels and could add as much as $27 million to the 2021 bottom line.

At this price, investors can expect to see a move back to pre-pandemic levels while collecting a dividend of about 4.5%.

Brockton, Mass.--based HarborOne Bancorp Inc. (NASDAQ: HONE) has not survived the pandemic. It has thrived...

HarborOne just reported its best quarter in the history of the bank.

The company actually earned more in the third quarter of 2020 than it did a year ago.

That doesn't sound like a disaster to me, but the stock is priced like the bank is dying.

The company's shares trade for less than book value when they would probably fetch as much as 1.7 times book in a merger right now.

HarborOne has 25 full-service branches located in Massachusetts and Rhode Island and one limited-service branch with $3.7 billion in assets.

That is the perfect size for a larger community or regional bank looking to grow its bottom line by expanding into the New England market.

Don't rule out this bank going on a buying binge of its own...

In 2018, it bought Coastway Bancorp to expand its presence in key markets.

HarborOne has plenty of capital, so if management decided to grow toward the $5 billion in assets level, it could become a dealmaker in its own right.

Investors who purchase HONE shares today should feel confident owning them for the long run.

Three Stocks Even Better Than HONE

THANKS TOM, BY THE WAY, DO I HANG ONTO {KMB} OPTION TRADE?

What are the best poor man stocks? So many people barely have funds to simply get by day to day.