On Tuesday night, I helped my son Joey into the Ford Fusion I inherited from my dad, loaded his Under Armour baseball bag and bats in the backseat with him, and drove him to his weekly hitting lesson at the cages with legendary local coach Raffy Marrero.

My son was in an especially chatty mood.

Joey and his fellow eighth graders had just that day taken one of those personality-assessment tests that help you answer that age-old question: "What do you want to be when you grow up?"

The assessment said that Joey would be great as a counselor or in some similar role where he's directly helping folks - not a surprise to me, given my son's empathetic nature.

For China - our focus here today - that "what you want to be when you grow up" timeline is frighteningly short.

I'm old enough to remember when U.S. President Richard Nixon (who I actually got to interview years later during my journalism days) reopened American relations with China.

But it's a backwater no longer.

Today, China is the world's No. 2 economy. And it's a key player in the "New Cold War" - a country that's a totalitarian regime with nuclear-strike capabilities, a growing blue-water navy, militantly expansionist policies in the South China Sea, and a record of government-backed intellectual-property theft fueled by an "I'll bet you won't do anything about it" mindset.

And yet, the Middle Kingdom faces some substantive challenges - both current and in the future. The economic challenges are significant - and include massive amounts of debt, a property bubble, safety-net worries for its surging elderly segment, income inequality, and possible shortfalls in food and energy. The country's environmental challenges have been widely chronicled. And in addition to the looming "cage fight" it seems to be headed toward with the United States, China also has regional worries - in the form of mounting opposition from neighboring countries that are both fearful and weary of its tactics.

Today, far along on its journey to true global superpower status, China has reached a crucial - and stark - fork in the road.

By traveling down branch No. 1, Beijing maintains tight control over its populace - controlling the thoughts, words, and actions of its residents and blunting the innovation needed to carry the country forward.

By choosing branch No. 2 of this superpower highway, Beijing adopts a quasi-free-market mindset and relies on innovation to take the country into a future hallmarked by global leadership in finance, science, technology, and living standards.

For the longest time, Beijing wanted the destination delivered by branch No. 2.

The problem - as recent events have demonstrated - is that Beijing has taken a sudden "detour" and appears committed to racing down branch No. 1.

In short, Beijing no longer knows what it wants to be when it grows up. And, unlike my son, it doesn't have years to decide.

This is a huge and worrisome deal from a global geopolitical standpoint.

It's just as nettlesome from an investment point of view - especially since we continue to see China as a massive long-haul "wealth window."

Early this month, Beijing forced investment bankers to yank the planned initial public stock offering (IPO) of fintech heavyweight Ant Group - shelving what would have been an all-time record $34.5 billion deal at the very last minute.

China's leaders were increasingly concerned about the influence of Ant - a digital-payments innovator that was headed for behemoth status.

FIVE STOCKS TO BUY: A $353 billion wave of capital could be headed directly for these five companies in the next 18 months...

But it appeared at the time that Ant founder Jack Ma was as much a target as the company itself. Ma, a billionaire who also launched Alibaba Group Holding Co. Ltd. (NYSE: BABA), had achieved business-icon status on a global scale, and had become more and more critical of the country's innovation-shackling moves.

That appearance was right on the money.

And Beijing's ire clearly runs deep - for the anti-innovation volleys didn't stop there.

On Nov. 17 - even as Alibaba was ramping up on yet another of its annual, record-setting "Single's Day" e-commerce extravaganzas - Beijing played the role of a capitalism-crushing Communist killjoy, issuing a draft set of antitrust regulations that, for the first time, defines what it sees as "anti-competitive behavior" in the world of online commerce inside China.

The proposed rules put forth by China's State Administration for Market Regulation cover such areas as pricing, payment methods, and the use of data to target shoppers.

Investors didn't like what they saw - and triggered a sell-off that gave unwanted "haircuts" to the shareholders of Alibaba and rival JD.com Inc. (NASDAQ: JD). (The day those rules were released, Alibaba's U.S.-listed shares were clipped by 8%, slashing away more than $60 billion in market value. JD's U.S. shares fell 5%.)

Alibaba owns 33% of Ant - meaning (at an IPO deal value of $34.5 billion) the fintech venture accounts for about $38 a share of the e-commerce company's stock price.

Let's consider where we go next.

The Taming of the Ma

Cutting right to the chase, market handicappers say the Ant IPO deal still will get done - probably in about six months.

That'll give Team Ma ample time to make the changes - some substantive, others symbolic - required to placate Beijing.

It'll make China look tough. It will likely have a "chilling effect" on insurrectionist capitalists like Ma - at least for a while. And it will allow China to recover from Ma's cutting insults - in essence, to "save face," which is all-important in the Asian culture.

"The party has once again reminded all private entrepreneurs that no matter how rich and successful you are, it can pull the rug out from under your feet at any time," wrote Bill Bishop, editor of Sinocism, a newsletter that focuses on China.

According to The Guardian newspaper, immediately after Ant's IPO was halted, Chinese "netizens" transformed the "Ant Financial Services" company name "蚂蚁金服" into homophones as "马已今服" - which literally means "Jack Ma has now been tamed."

Other observers recognized how the country's leaders once again contradicted themselves. They recently crafted the country's newest five-year plan - in essence, a playbook for a pandemic rebound that will be triggered by a focus on the tech sector, innovation across all markets, and pumped-up domestic demand. But then they followed up with these innovation-constricting regulations - an attempt to look tough domestically that might hurt China's global reputation as an economy that's "open for business."

Said one commentator on Weibo, the country's popular microblogging website: "It is 2020. If the government intervenes too much, more good companies will flee."

That brings us to the bottom line...

I've been a long-term bull on China since I lived and worked there during my business-journalism days in the mid-1990s. 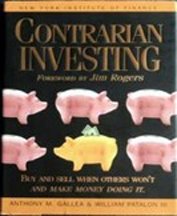 And that bullish view hasn't changed - even in the face of the ebbs and flows that are a normal occurrence in the global economy.

Or in the face of a sudden shift - indeed, a total reversal - of regulatory policies.

Beijing wants China to become a true economic superpower - a global center of finance, a leader in tech and innovation, and a feared military opponent. And that means it has to strike a realistic balance between totalitarianism and innovation-fostering capitalism.

In other words, it must nurture - not denude - the capitalist tendencies.

China has no choice. And Beijing knows it.

For the purposes of this report, I'm intentionally oversimplifying this.

Over the long haul, governments can't beat the private sector. The role of government is to create the optimal legal, financial, regulatory, and competitive framework for private-sector companies to innovate and thrive. But it's the private sector that creates the value. And when government tries to take that role, it just makes a mess - and fails.

This is proven by the successes of such free markets as the United States. And it's proven by the dismal failures of centralized "command economies" like North Korea or the former Soviet Union, which was bankrupted by the massive military buildup of the first Cold War.

China has been a hybrid, whose successes have come from its "free-ish" market forays. And its failures (like the mounting failures of China-made military gear sold to foreign governments) - are tied to its stodgy command-economy past.

Beijing knows that its long-term challenges - with debt, with the environment, with projected food-and-energy needs - can only be overcome through innovation.

With its destructively combative assault on Ant and Alibaba - in the short run - Beijing has done precisely the opposite: It's stifling the innovation - and the very companies it needs to help it win.

Take Alibaba. This company is to China what Amazon.com Inc. (NASDAQ: AMZN) is to the United States - except it actually has some facets even Amazon can't boast. Right now, BABA is:

The strategy: Continue to "Accumulate" Alibaba shares in the short run - on pullbacks or as you get more cash, and build wealth in the long run.

The China-based e-commerce giant has been on my radar since before its then-record IPO in September 2014. We put it on our "Buy" list even before Alibaba debuted - and then watched as the stock nearly doubled from its deal price to peak up around $120 a share.

So we recommended it again.

Even after its recent pullback, Alibaba is trading at around $260, and you're sitting on a big, big profit.

But we're predicting big, big wealth: The math shows me that every single share of Alibaba stock you buy today will be worth more than $2.1 million in a bit more than four decades.

It'll happen. Beijing has no choice.

It knows what China has to be when it grows up.

And that's what we'll cash in on.

In the meantime, don't forget to check out my colleague Shah Gilani's latest presentation, where he unveils his biggest prediction...

You see, Shah Gilani is known on national television as "the man who calls it all." Because time and time again, he's called the biggest stock market moves.

Today, he's unveiling his biggest prediction yet. Except he's not sharing it on national TV; instead, he's sharing this game-changing information with a select few.

He's pulling the curtain back on five companies that he thinks are about to see a $353 BILLION valuation spike over the next 18 months. Click here for more information...