It's been a year filled with momentum for marijuana stocks, and 2021 is shaping up to be even hotter. You see, some of the hottest marijuana stock IPOs are coming next year, and that's your opportunity to get in on the ground floor of this fast moving – and lucrative – sector. 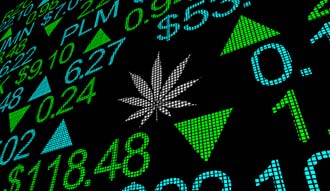 Five more states legalized recreational cannabis in some form, which will generate $9 billion in new sales, according to New Frontier Data.

From Massachusetts to California, cannabis was deemed an essential business, allowing dispensaries to stay open while other businesses were forced to close.

Michigan, which just started recreational sales in December 2019, is on track to generate $1 billion in sales. As a reference point, Colorado, which first started selling adult-use marijuana in 2014, sold $1.6 billion in cannabis in 2019.

And that momentum is carrying into 2021 with even more opportunities to make money, especially in the cannabis IPO market.

But you don't have to fly blind. We're here to help.

There are three cannabis companies we're watching that have announced plans to go public.

Now, the IPOs we are about to share are not recommendations.

These are just the IPOs on our radar, and it's only fair that if the National Institute for Cannabis Investors were to make any of them recommendations, they would go to the paid-up members of the Cannabis Inner Circle.

But we still want you to know about them so you can start to decide if they deserve your hard-earned money.

This Cannabis IPO Is Revolutionizing CBG

Early research on the rare cannabinoid cannabigerol (CBG/CBGA) suggests it can help fight inflammation and treat conditions like Chron's disease and cancer.

Chron's disease affects an estimated 3 million Americans per year, and globally, the market size is expected to reach $4.7 billion by 2025.

Just like the more well-known CBD, CBG is also a non-psychoactive compound.

But the problem is that CBG only appears in trace amounts in the cannabis plant, making it costly and time-intensive to extract.

That's where BioMedican comes in.

BioMedican says it has a revolutionary method to reduce the production cost of extracting CBG in just several days, compared to the months it typically takes.

That could make BioMedican the go-to source for CBG extractions to use for infusing into products.

Healthcare is on center stage right now, and that has more people turning to CBD products as a part of their daily routine. CBD can be used to help everything from sore muscles to getting a better night's sleep.

Vertical Wellness is trying to grab its slice of that pie as a health and wellness brand that cultivated over 1,800 acres of hemp on partner farms last season and has operations in California and Kentucky.

As more CBD products hit the shelves, companies will need to find a competitive edge to stand out from the crowd.

They need a brand that draws people in and builds a relationship.

According to its website, Vertical Wellness has 11 brands with different products, and it touts a very experienced advisory board that can help them it on building those brands.

Just to name a few, some of those board members include:

Now, while BioMedian and Vertical Wellness have niches within the cannabis industry, the National Institute for Cannabis Investors believes that the biggest profits – for companies and shareholders alike – will be through directly selling legal cannabis.

One of the Best Marijuana Stock IPOs to Watch in 2021

In the future, cannabis will either be grown in labs or in places like South America, where the weather conditions are most optimal and costs of production are lower.

For example, the average cost to produce one gram of cannabis in 2019 in Canada was $1.80.

That's why Flora Growth, based out of Colombia, has such a big opportunity ahead of itself.

It says that it's on the path to becoming a "premier international producer of low-cost naturally grown medical-grade cannabis oils and extracts."

And back in 2019, the Colombian government projected medical cannabis could be a $6 billion export for the country.

Of course, this is still just in the early stages.

Flora Growth has the chance to carve out a nice opportunity for itself as a potential leader in South America, but it's a situation that may take some time to develop.

But as more and more countries legalize marijuana and demand continues to grow, Flora could be positioned as a cannabis producing powerhouse.

And if you don't want to wait for IPOs and want to invest in marijuana stocks right now, make sure you check out the latest research report from the National Institute for Cannabis Investors. Check out "The 3 Best Cannabis Investments to Make in 2021."