But these recent gains are only showing us part of the picture. The indexes would be - and should be - even higher...

You see, most investors are focused on Salesforce.com Inc.'s (NYSE: CRM) 62% year-to-date returns, or Apple Inc.'s (NASDAQ: AAPL) 58%, or Microsoft Corp.'s (NASDAQ: MSFT) 35%... these all helped carry the Dow to its current high level.

I want you to focus on this sector, how it's moving even faster than these mainstream stocks, and how it can hand early investors plenty of high-profit opportunities...

These are the multistate operators (MSOs) - the vertically integrated companies giving people the product they demand in state after state through grassroots ballot measures and legislative action. 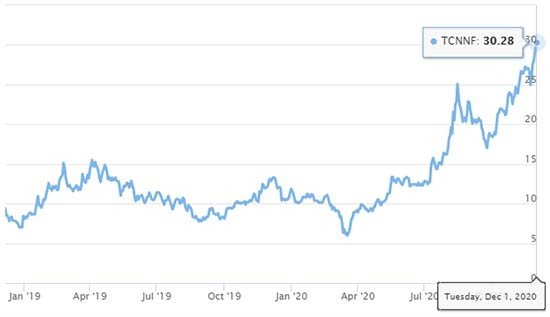 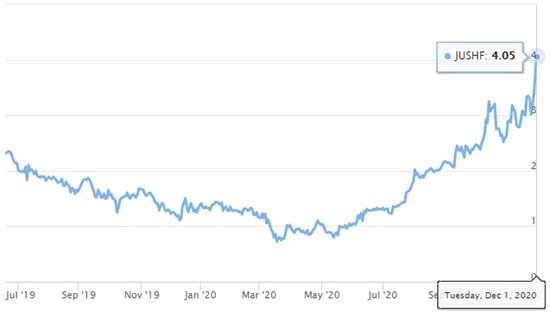 Clearly, more investors are looking past the "bust" phase of cannabis and to the "boom" that's underway. Here's what I mean by that...

It's like a good omen - and you don't want to ignore where it's pointing you.

Across all publicly traded cannabis companies, revenue for the latest quarter came in at about $2.7 billion - a 60% increase in quarterly revenue in just nine months, which is a growth rate that you'd be hard-pressed to find in any other industry.

Because when the first cannabis company joins a major index - something that's well on its way - you'll want to be reveling in how much you made as an early investor...

... Not regretting how much you could've made.