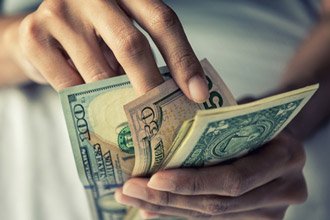 It has been quite a year for the stock market, which makes finding the best cheap growth stocks increasingly difficult as the S&P 500 (up 15% year to date) and NASDAQ 100 (up 47% year to date) climb.

The rally off the March lows has been breathtaking, with the S&P 500 rising over 70% since the darkest days of March.

The rally has been fueled by the big growth stocks like Tesla Inc. (NASDAQ: TSLA), Zoom Video Communications Inc. (NASDAQ: ZM), and other big-name companies that have dominated the headlines this year.

If you listen to the talking heads right now, you would get the impression that all growth stocks are trading at ridiculous valuation multiples and are just too expensive to buy at these levels.

Believing that could be the most expensive mistake you ever make.

There are dozens of companies that are growing their free cash flow by double-digit percentages every year that trade at reasonable valuations.

They are not attracting the headlines some of the hyper-growth stocks have received this year.

Here are my latest three best cheap growth stocks to buy today for the new year...

MSG Networks Inc. (NYSE: MSGN) is an excellent example of a stealth growth stock with the potential for long-term profits.

The company also carries news and discussions covering the New York Giants and Buffalo Bills of the National Football League.

Reported earnings growth does not look all that exciting for this company, but under the hood, free cash flow has been increasing by almost 20% annually over the last five years.

The stock has been on the orphan list of unloved stocks for several years now, with only a handful of analysts covering the company.

The stock has been largely ignored and, as a result, trades for less than four times free cash flow.

When I look at other broadcasting companies, the average free cash flow multiple is dramatically higher than MSG Network's, making the stock extremely cheap on a relative basis.

With free cash flow growing at a high level, MSGN should trade two to three times the current stock price.

Select Medical Holdings Corp. (NYSE: SEM) is another stock that is growing nicely but is off Wall Street's radar screen for now.

The business generates a ton of cash, and free cash flow has been growing by more than 30% annually for the past five years.

While Select Medical has very little coverage from Wall Street, those analysts that do follow the company are very bullish about its prospects. They also expect earnings to keep growing at a high level for the next five years.

Select Medical has exceeded even the most optimistic analysts earning projections with massive positive earnings surprises in the past four quarters.

Despite the outstanding growth and outlook, the stock sells for less than five times free cash flow right now.

There is a tremendous amount of upside as the company's stellar performance begins to attract institutional buying as we go into 2021.