Two of America's technology giants - some of the biggest, richest companies on Earth - are under significant regulatory pressure right now.

The tech mega-caps, of course, aren't taking it lying down. They're fighting it out in the court of public opinion, in a legal and public relations battle royale.

Google, which is being hammered hard over its virtual advertising monopoly, retorted in a blog, "To suggest that the ad tech sector is lacking competition is simply not true, to the contrary, the industry is famously crowded. There are thousands of companies, large and small, working together and in competition with each other to power digital advertising across the web, each with different specialties and technologies."

Hundreds of thousands of investors, large and small, own hundreds of millions of shares in these two tech juggernauts. Regular peoples' retirements are tied up in this, as are their kids' college funds, their nest eggs.

So the stakes in this fight are particularly - some might even say frighteningly - high.

Well, I'm here to tell you: No need to be scared. I'm going to show you exactly how and when to deploy and maneuver your precious capital in this case. And if you do as I'm recommending, you could significantly boost your bottom line...

Here's What Could Happen to Google

Google is in serious trouble. The company's already been sued by the European Commission (EC) for everything U.S. regulators and states are going after it for; it lost on every front in Europe. Google must abide by new rules imposed by the EC while it appeals.

The EC's accusations and findings, as well as the resolutions it imposed on Google, are a perfect roadmap U.S. attorneys general, the Justice Department, and Federal Trade Commission can easily follow as they push Google down the same dead-end street it hit in Europe.

Now, let me be clear: That doesn't mean Google's finished. Not by a long shot. 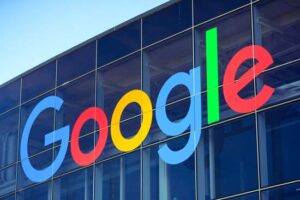 In my opinion - perhaps shared by several billion other Internet users - Google's the biggest and best search engine on Earth because of its size, because so many people use it, and because the more it's used, the better it gets at producing results.

And it does all that for free, to boot.

That's not something that regulators want to destroy - or it shouldn't be, anyway.

The tightrope regulators will have to walk will be one on which they tamp down Google's unrivalled advantage in advertising functionality and pricing (which includes preference for its own services in search functions) and simultaneously address how advertisers are charged and disadvantaged by Google's algorithms.

That can be done. The EC already mapped that path. Pending new European legislation will eventually enshrine resolutions established in previous victories over Google into law.

U.S. investigations and suits will ultimately require Google to make most of the profound changes it's resisted for years - changes to its algorithms, and business practices mandated by European regulators.

Those changes will impact Google's revenue and profits.

"MY MISSION IS to help you profit from this wild and exciting 18-month run. Learn how"...

But all that's going to take years. Europe's new draft laws could take four years to enact. Investigations, suits, trials, and appeals in the United States could take five to 10 years.

The complaint alleges Google induced senior Facebook executives to agree to a scheme that undermines the seemingly competitive process used to place ads and charge advertisers. 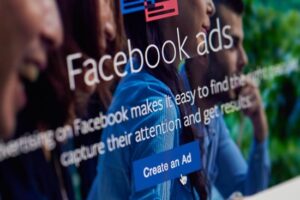 Apple is a story for another day - it's still way up there on my must-own list (unlike these 19 other stocks).

It's Not Lookin' Good

Besides being tangled up in Google's schemes, Facebook's facing potentially life-threatening attacks by politicians who accuse the social media giant of exerting undue influence over Americans' thinking and belief systems.

Some have even labeled Facebook an existential threat to democracy.

Those arguments may be hyperbole; they certainly resonate with Facebook's many critics. But they're not as serious a threat to Facebook's existence as accusations of its anticompetitive behavior.

The long and short of the Facebook saga is, it does dominate social media, its properties Instagram and WhatsApp were brilliantly bought and integrate seamlessly with Facebook's primary platform, and it is a force unto itself.

The only way to rein in Facebook, according to its detractors, is to break it up. I'm fine with that. I'm not so sure that's in Facebook's future, but if it is, that's fine with me.

Much like Amazon.com Inc. (NASDAQ: AMZN), the sum of the parts that make up Facebook are worth more than the whole company. As easy as it would be to break up Facebook, it wouldn't be easy to separate the intersections where all Facebook's properties and apps meet, meaning where and how they generate revenue that feeds the primary Facebook platform.

$353 BILLION HYPERDRIVE: When money moves at this volume, at this pace, it's time to pay attention. Details...

I like Facebook, not just because it has Instagram, WhatsApp, Oculus, and other great properties, but because it has 2.7 billion users - and no lawsuit or court order is going to undermine that monumental block of revenue contributors.

When I think of breaking up Facebook, or Amazon for that matter, I think about the breakup of Standard Oil and how the sum of the parts was ultimately worth infinitely more than the Standard Oil monolith itself.

Here Are the Price Levels and Triggers to Watch

Investors should absolutely bear in mind the long-term time horizons of these potential - not inevitable - regulatory impacts. You might hear breathless sound bites or read headlines that make it seem like Facebook and Google are on deathwatch, but that's simply not the case.

Again, it could be years, maybe as long a decade down the line, for bottom lines to get hit. The most immediate and urgent impacts will be selling pressure from investors who act too hastily, "selling the news."

Likewise, I want to keep holding Google, at least until the stock reflects any potential impact laws and lawsuits might have on its profitability. And I'd encourage everyone else who owns it to do that, too.

If GOOG were to trade back down to $1,600, I would see that as a kind of early warning. From there, shares could test $1,400 - that would actually make me nervous. Ultimately, if Google were trade below $1,400 under close-at-hand impacts of the lawsuits, I'd sell.

That's not the case with some stocks, though. I've got a list of around 19 popular, widely owned shares that I'd encourage anyone to drop immediately. You can go here to watch me run down that list and name five obscure companies I think belong on everyone's "must own" list this year.