If you are not paying attention to ARK Investments, you probably should be. ARK invests in what it believes are disruptive innovations. These are technologies and discoveries capable of changing the world and making a fortune for their investors. 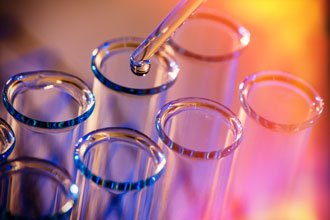 Its exchange-traded funds have been producing stellar results so far.

These potential disruptions include biotechnology breakthroughs.

In the third quarter of 2020, ARK Investments purchased over 400,000 shares of the stock for one of its funds or ETFs.

Should we jump on the bandwagon with this potentially explosive stock?

Sadly, the answer is probably not.

We'll show you exactly why, including how to find stocks actually worth your money…

Why SURF Stock Is Riskier Than You Think

Clinical stage biotechnology companies are one of the riskiest investments you can make. These companies have ideas, not products. They have drugs and therapies they think might work, but they have not been tested.

The failure rate is high. Most drugs fail in preclinical testing.

Of those that make it to phase 1 trials, something like 1 out of every 10 will eventually make it all the way through the approval process. It takes years and hundreds of millions up to billions of dollars to get a drug through all three phases and approved.

Speculating on clinical-stage biotechnology companies is one giant guessing game.

If you get it right, you can make an enormous amount of money.

Don't Miss: We're now in the midst of a generational buying opportunity, and these three stocks are "screaming buys." Click here…

Some investors have a measure of success using momentum or insider buying to make money in clinical-stage biotech. Still, even they rarely catch the whole life-changing ride from idea to approval.

Another way to crack the code of clinical biotechnology investing is to identify the handful of hedge funds and institutional investors that seem to have an edge when it comes to biotech stocks and ride their coattails to huge profits.

That's the story of SURF stock. The company popped up on investors' radars after ARK bought in.

Here's the problem. ARK buys lots of companies. Not all of them wind up winners.

We did some digging into this stock, and we just aren't convinced it's worth your hard-earned money.

Surface Oncology has already had its lead candidate for development shut down in phase 1 trials a few years ago.

Today it has three drugs in phase 1 trials and two more in the preclinical development stage. Surface is years away from having a product that is fully approved and ready to go to market.

Surface does have agreements and with several large drug companies, including Novartis AG (NYSE: NVS) and GlaxoSmithKline Plc. (NYSE: GSK), that provide it with cash in exchange for rights to some of its potential products.

There have been takeover rumors, but a buyout of a company with unproven drugs in early testing stages would strike us as a less than wise purchase.

We won't rule it out after the last year's craziness has made us realize that pretty much anything is possible in this market. The odds of a takeover seem to us to be too low to bet on, however.

Of course, this all sounds par for the course for a clinical stage biotech. Maybe you want to roll the dice that one of its drugs gets through phase 3 and the stock pops.

There's another problem with that.

The strongest reason not to buy the stock is the price. Shares of Surface Oncology have risen by more than 400% in the past year, and there really does not seem to a valid reason for the increase in value. There has been no fantastic news from any of its trials so far.

This appears to be a case of small trader enthusiasm creating momentum that pushed the shares to possibly unsustainable levels.

Surface Oncology does have some promising ideas, but it is years away from actually getting a drug approved and into the marketplace. It will need additional partnerships and funding before that happens.

Right now, it has enough cash to operate for about two years.

ARK Investment made its purchase in the third quarter, and it looks like it had an average cost of somewhere right around $7.

Traders who noted the purchase when Ark filed its form 13F with the SEC in mid-November could have bought shares right around $8 and surfed the momentum to a gain of over 60% since then.

The stock does not appear to be worth chasing at current prices, around $12.27 a share.

ARK Investment does have another 13F due in a few weeks, so it will be worth investigating what new purchases it made in the final quarter of 2020.

Until then, we've put together a list of better stocks to buy…