The GameStop crowd could be engineering a silver squeeze next.. 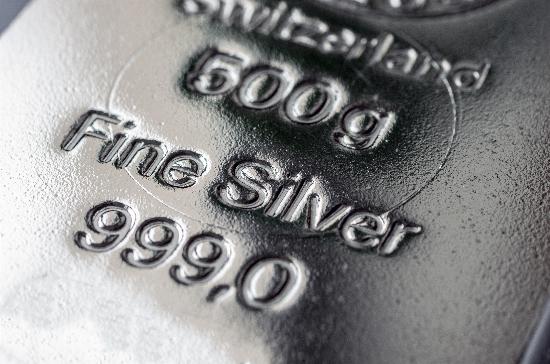 The minds behind the short squeeze on GameStop, which sent shares soaring over 1,500% in just a month at their peak, say a short squeeze in shares of the iShares Silver Trust (NYSEArca: SLV) is next. Posts on the popular Reddit forum claim that this time they are going to take down the big banks, including JPMorgan Chase & Co. (NYSE: JPM).

Silver did rally earlier this week as silver dealers saw supply wiped out over the weekend by a flood of buying form all over the world. Some dealers said that demand for physical silver was up as much as 10 times normal levels over the weekend.

That did cause some excitement on Monday as silver prices jumped up to over $30 for the first time in eight years.

Before you jump on board the silver bandwagon, there are a few things you need to know. This is not going to be as easy as it was with GameStop Corp. (NYSE: GME), and you could be risking your money on nothing more than hype.

Why SLV Won't Be Squeezed

First, SLV is not a stock. It's an ETF. That's an important difference.

GameStop has a fixed number of shares outstanding. For every buyer, there has to be a seller. If you can take sellers out of the equation and create excess demand - from short sellers and options market makers, to name a few - then you create a squeeze, and the price has to go higher.

That is not the case with SLV.

CRITICAL: These 19 stocks are like poison for portfolios... and far too many investors are holding them without even knowing. Click here.

If there is excess demand, they can create shares as needed to fill that demand. It is impossible to create the type of squeeze we saw in GameStop.

To create a short squeeze in silver, you have to manipulate not just the ETF but the physical and futures markets as well.

The other problem that you have is that while it may appear that there is a large short position in silver futures and options, there really isn't.

The Commodity Futures Trading Commission puts out something called the Commitment of Traders Report every week. The report shows you what type of trader is long or short various future contracts.

At first glance, it does appear that there are large short positions. When you break it down by type of account, that changes.

The people short silver are miners, producers, and processors of silver. They are hedge positions to protect them against declines and lock in a favorable price for the metal they produce. The whole reason they hedge in the first place was to enable them to not worry about silver prices.

They will not rush to cover. The rise in silver is offset by the rise in the price of the silver they own.

They won't lose a minute's sleep worrying about what the price of the SLV fund is at any given moment.

At the same time, money managers and speculative traders are massively long silver. They own three times more silver contracts than they have sold short.

Far form sticking it to the man, you are going to make the man a lot of money if you are able to force silver prices higher.

Far from upsetting Jamie Dimon, you could end up on his Christmas card list.

In the physical market, you can create demand, but it's going to take a lot of cash, and storage can be a problem. You can pay for storage of your silver, or you can take possession. Physical possession of silver coins and bars exposes you to a whole new set of risks, including insurance costs and the possibility of theft.

You are also playing a whole new world. If you annoy some hedge fund managers and old school Wall Street types, no one is going to care that much. If your manipulation of the silver markets were to be successful, you could raise the prices of things like solar panels, semiconductors, touch screens, water purification systems, and batteries.

You have gone from screwing with the man to the world of Men in Black.

You have also now opened yourself up to additional regulatory investigations. Now in addition to scrutiny form the SEC, the CFTC, the FTC, the Federal Reserve, and the Department of Justice are now coming to the party.

Of course, that doesn't mean silver's a bad investment.

There are at least three great reasons to consider buying silver right now.

First, the silver to gold ratio is about 50% higher than the historical average. To come back to normal, either silver has to rise sharply or gold has to plummet.

Second, the green energy push will spur new industrial demand for silver under the Biden administration.

Third, given the level of central bank money printing in the world today, we could see silver demand from people becoming increasingly uncomfortable with fiat currency.

If you buy the bullish thesis on silver, then buy some.

But do not buy it because you think a group of Redditors is going to engineer a silver squeeze.

When it comes to the 2021 stock market, politics won't matter, and neither will the COVID-19 pandemic.